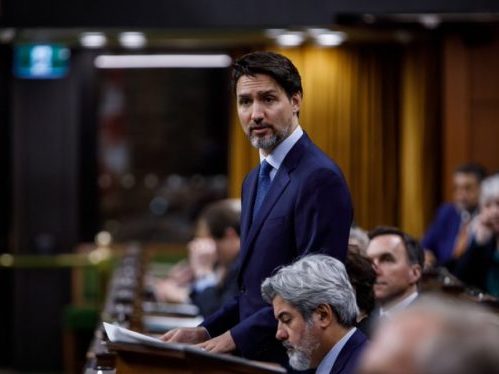 Canada’s new emission reduction target under the Paris climate agreement is the federal government’s opportunity “to finally do the right thing and address the disconnect between its climate goals and its ongoing support for oil and gas,” writes Eddy Pérez, international climate diplomacy manager at Climate Action Network-Canada, in a post this week for Climate Home News.

The country’s updated Nationally Determined Contribution (NDC) under the 2015 Paris deal is due to the United Nations this month, at a moment when Canada is the only G7 nation whose emissions have increased since the agreement was signed, Pérez notes.

“Canadian politicians, including Prime Minister Justin Trudeau, often imply that Canada’s environmental policies give our country social licence to extract fossil fuels,” he says. “But you can’t be a climate leader while championing a high-carbon industry.”

Pérez’ commentary in a leading UK-based climate newsletter coincides with the release of a major CAN-Rac report on what Canada’s new NDC should include. It sets out seven benchmarks for a people’s climate plan:

• Recognizing the country’s global responsibility for climate action based on equity and science;

• Promoting resilience as a means of improving health, saving lives, and protecting, conserving, and restoring nature;

• Ensuring a just transition for affected people and communities;

• Canada-wide cooperation that extends to every community, city, region, province, and territory.

“Canada’s NDC is more than just a target; it’s about people and the planet,” Pérez said in a CAN-Rac release. “Canada has a track record of failing to follow through on climate promises,” but “with a strong NDC, we can break that cycle.”

On Climate Home, Pérez points to “significant steps forward” in Canadian climate policy, from the country’s new climate accountability legislation to carbon pricing to an accelerated coal phaseout. But continuing increases in oil and gas emissions “erode the hard-fought progress achieved in other sectors,” he writes. “That’s why Canada’s enhanced NDC must lay out plans not only for ending fossil fuel subsidies, but also detail how the government will manage a decline of the oil and gas sector, with a just transition plan for workers and communities.”

There’s a lot of ground to make up, Pérez adds: So far, “for a country with less than 0.5% of the world’s population, the expansion of Canada’s oil and gas sector is projected to exhaust up to 16% of the world’s carbon budget.”

But “it’s not surprising oil and gas emissions continue to climb, given the massive financial support Canada’s most polluting sector receives. In 2020 alone, the federal government provided at least C$1.91 billion in fossil fuel subsidies—an increase of over 200% from 2019 levels. Canada’s NDC needs to ensure government funding aligns with climate goals, rather than undercutting them.”