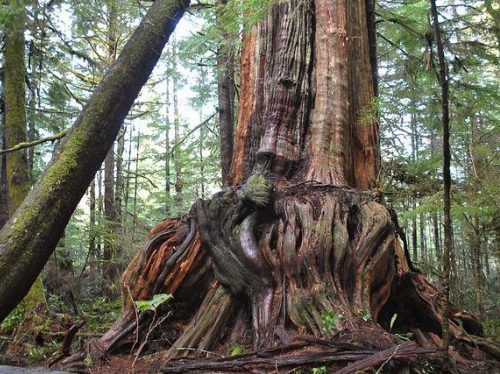 Currently, the panel is made up of five people, each of whom “have decades of forest management or policy-making experience under their belts,” writes CTV News. The first members include Garry Merkel, “an experienced forester and member of the Tahltan Nation in northwest B.C.”; Rachel F. Holt, a Nelson-based ecologist; Lisa Matthaus, provincial lead for the environmental group Organizing for Change; and ecologist Karen Price and landscape analyst Dave Daust, both based near Smithers.

“We are committed to a science-based approach to old-growth management,” provincial Minister of Forests Katrine Conroy said in a release. “Our work with the advisory panel will help us break down barriers between the different interpretations of data that are out there.”

Sierra Club BC writes that the panel “could be a turning point for the fate of at-risk old-growth forests amid a delayed implementation of the promised paradigm shift in forest stewardship in B.C.” However, the group adds, “overcoming this government’s history of ignoring the best available science and playing politics with advisory boards will require political will and clear direction.”

Mark Worthing, Sierra’s coastal projects lead, rooted his skepticism in what he calls a history of “log politics and predatory delay” from the current provincial government.

“Out of one side of their mouth, they hide behind First Nations, while out the other side they actively push old-growth forest referrals through band offices and profit off of BC Timber Sales logging in territories they don’t have consent to operate in,” he said. “Science is always celebrated, but political courage is what we need most.”