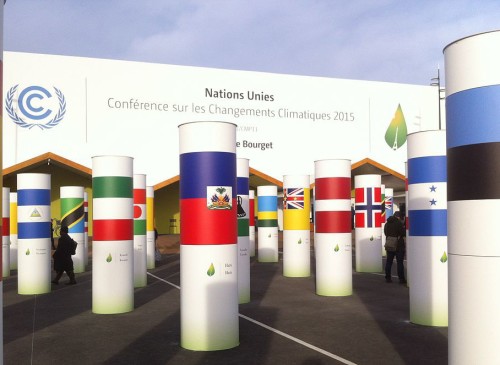 One of Canada’s leading sustainability think tanks is out with a new critique of United Nations conferences that raises some probing questions about whether they’re worth holding.

“By including governments, civil society, the private sector, and other stakeholders, UN mega-conferences have attempted to legitimize and expand global sustainable development governance,” IISD writes. “But do they meaningfully advance their goals? And should they continue in a post-COVID-19 era?”

The post by Anna-Maria Lebada, described online as a “seasoned expert” on the UN General Assembly, and Pamela Chasek, an editor with IISD’s Earth Negotiations Bulletin (ENB), traces the form back to the 1972 UN Conference on the Human Environment in Stockholm, the first time governments looked at the link between economic development and environmental deterioration. And to this day, “there is nothing like walking into a United Nations sustainable development conference,” they state.

“Inside the negotiating rooms, government delegates are hard at work on outcome documents addressing economic and social development and the environment,” they write. “The corridors resemble a giant trade show or carnival. Thousands of people are networking and advocating for their cause. There are civil society protests. Businesses showcase sustainable technology. The media is everywhere. There is electricity in the air as thousands unite to solidify aspirations for a better world.”

But in the end, they ask, “have these conferences meaningfully advanced sustainable development?”

That question is particularly telling from someone who’s worked to document those events for ENB, a signature IISD publication service that has documented major UN environment summits dating back decades.

Lebada and Chasek recap the history of major global sustainability summits since Stockholm, before posing the question analysts and campaigners perpetually ask about the annual UN climate conference.

“Just how effective are such large, high-profile events?” they ask. “Mega-conferences can capture the attention of the world’s media and politicians and secure political agreement on future priorities. But do they catalyze the necessary actions at the national level to promote sustainable development? If each action plan results in lacklustre implementation, are these conferences worth the effort, money, and carbon footprint?”

The two authors acknowledge that mega-conferences can play an important role by setting a global agenda, working through the only institution that can bring world leaders and stakeholders together under one (very large, process-driven) roof. They can promote attitude change and action at the national and local levels and have created “new institutional mechanisms for sustainable development governance”.

But “there are limits to conference diplomacy,” they conclude. “Negotiations often resemble a ‘race to the bottom’ more than any attempts to move forward.” And despite the leaders’ soaring rhetoric in prepared speeches, “in the negotiating rooms, governments would rather protect their own interests,” while the huge number of meetings and side events leaves “little time to absorb and learn from the new and innovative ideas presented.”

With the COVID-19 pandemic derailing conference diplomacy, Lebada and Chasek say online platforms can create opportunities for a larger number of remote participants to engage—as many did with the mid-year climate negotiations that concluded earlier this month. But while “this could be useful for energizing civil society and the private sector to take the necessary action to push the sustainable development agenda forward,” they write, “online mega-conferences may not be enough to propel government and intergovernmental action.”