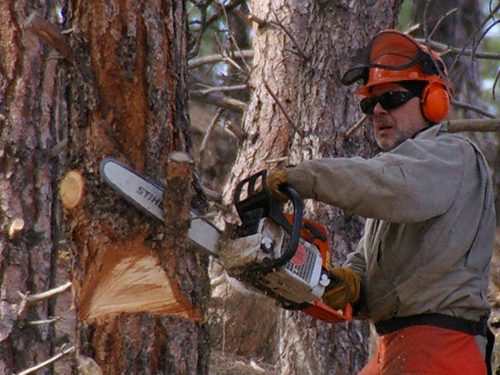 A federal regulator has lifted a stop-work order on tree cutting and grass mowing along the Trans Mountain pipeline expansion project route.

Federally-owned Trans Mountain Corporation has now submitted a satisfactory plan to correct deficiencies in the oversight of its contractors that could pose threats to nesting birds, the Canada Energy Regulator said Tuesday in a statement.

The regulator, which enforces safety and environmental guidelines for pipeline projects, issued a stop-work order on June 3 following investigations of tree-clearing work in the suburban Vancouver area that could have had an impact on nesting birds, The Canadian Press reports.

The regulator’s website outlines four incidents along the pipeline route in the Burnaby and Coquitlam areas and near Agassiz in the Fraser Valley that date back to early April, when a member of the public complained about bird nest destruction and improper buffer zones.

It also investigated tree-felling work near Agassiz that destroyed a robin’s nest despite the area being marked by flags as a no-cutting zone.

The regulator says the stop-work order was issued after Trans Mountain reported to it on June 2 that one of its contractor crews cleared trees and shrubs in Burnaby without company authority.

No damaged or destroyed bird nests were reported in the June 2 incident, says the regulator.

“The order requires Trans Mountain to investigate and find the root cause for why there were two incidents related to contractor oversight issues in May,” the regulator said in its order.

Trans Mountain said in a statement on Tuesday the plan it filed to the regulator includes implementing enhanced communication, supervision, and training measures before restarting pipeline clearing work.

The C$12.6-billion expansion project between Burnaby and north of Edmonton will triple existing pipeline capacity to about 890,000 barrels per day of oil products, including diluted bitumen, lighter crude, and refined fuel.

This report by The Canadian Press was first published June 22, 2021.