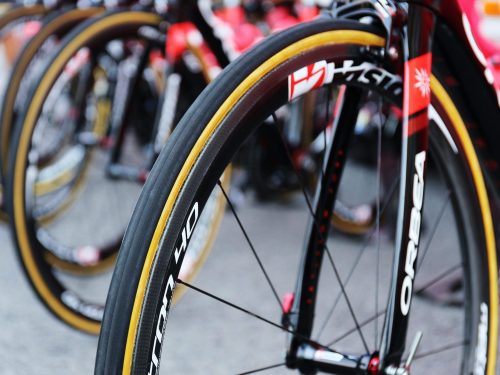 The century-old mindset that framed pedestrians and cyclists who dared to use city streets as trespassers in the kingdom of the car is finally fading—and good riddance, says the Globe and Mail.

“Los Angeles in 1923 was among the first to outlaw jaywalking—in the lingo of the day, a ‘jay’ was a half-witted rube,” writes the Globe’s editorial board. “According to the 2020 book Slow Cities, automakers helped launch ‘a massive shaming campaign [that] prompted a radical shift in public attitudes to the use of streets’.”

The result, explains the Globe, is that “streets came to be understood as things whose purpose was to speed traffic. Streets belonged to cars; people were just interlopers, like hairs clogging a drain.”

Pushback to this idea, while previously slow building, is now gaining considerable momentum thanks to powerful ideas like Vision Zero, first formulated in Sweden in the late 1990s with the mission to design cities so that no pedestrian or cyclist would ever again be killed by a car.

“Vision Zero has been spreading, including to unlikely places such as Calgary and Edmonton—cities with traditional, car-centric layouts,” the Globe writes.

One Vision Zero principle is drastically lowered speed limits on neighbourhood streets, an idea that is backed by science. “Research cited by the City of Calgary suggests a 1% reduction in average driving speed reduces fatal collisions by 4%,” notes the Globe.

Slowing down is only part of the equation, however. Street design, from bike lanes to wider sidewalks, is critical, along with investing in transit to reduce the number of cars on the road and “limiting cars in some areas, such as school zones in the morning and afternoon.”

Vision Zero is no “utopian fantasy,” the Globe stresses. Since embracing the goal of zero pedestrian deaths, Helsinki has gone from witnessing a tragic average of 25 per year in the 1990s to none at all as of 2019.

No Chance at 1.5°C Limit without Reducing Food Production Emissions