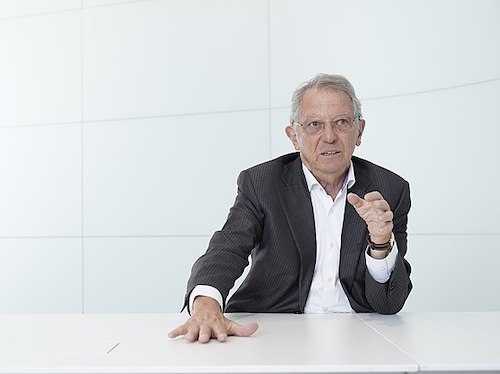 More than a dozen of the world’s top scientists, led by former UK chief scientific advisor Sir David King, have formed a new Climate Crisis Advisory Group (CCAG) to monitor and critique the global response to the climate and biodiversity emergencies.

The group is modelled on Independent Sage, a “cluster of British scientists who have held UK ministers and civil servants to account for their lack of transparency and mishandling of the COVID pandemic,” The Guardian reports.

The advisory group tweeted a list of members here.

“We are hoping that by putting expertise directly into the public domain, we are reaching into policy-makers’ decision processes, and into the financial sector and how they invest in our future,” King told The Observer. “We are not just going to say, ‘this is the state of the global climate’, but also what should the global response be from governments and companies.”

That’s because “what we do in the next five years will determine the future of humanity for the next millennium,” he added.

The crisis group “also plan to issue statements and respond to journalists’ inquiries on breaking news, such as declarations by the G7, reports by the Intergovernmental Panel on Climate Change, new targets set by national governments, actions taken by major corporations, and geoengineering proposals, such as refreezing the Arctic,” The Guardian says.

King said Independent Sage formed during the pandemic at a moment when the official SAGE—the UK’s Scientific Advisory Group for Emergencies—was showing a distinct lack of transparency, refusing to publish meeting minutes or even name its members in public. That was before the independent group came on the scene.

“I’ve been amazed by the response to Independent Sage,” he told The Observer. “All 12 members have become media personalities. I hope we get the same level of interest for the climate group.”

While Independent Sage focuses on transparency, CCAG’s purpose is to underscore urgency. “A draft launch statement warns the Earth may have already passed several dangerous tipping points, including melting ice sheets, the slowdown of Atlantic circulation, and the dieback of the Amazon rainforest, which highlight the need for speed,” The Guardian says.

“Only by acting quickly and robustly will we be able to stabilize climatic conditions, ensure a just transition, and protect vital biodiversity and ecosystem functions for the next generation,” the crisis group writes.