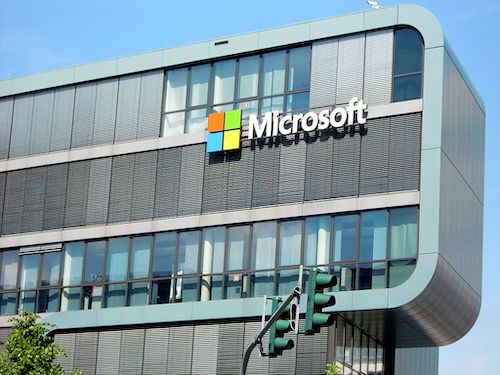 Tech giant Microsoft is declining to acknowledge, much less support, a call from climate activists, non-government organizations, and its own customers to hold its business travel and the resulting carbon emissions at 2020 levels—by using Microsoft Teams, its own popular videoconferencing app.

The #JustUseTeams campaign is urging Microsoft to “limit its flight numbers to 2020 levels forever—for the climate and its employees.” Those numbers matter, the campaign states, because the company’s pre-pandemic business travel produced 378,230 tonnes of carbon dioxide or equivalent—more than at least two countries, Burundi and Samoa, at 289,000 and 147,000 tonnes, respectively.

As one measure Microsoft’s travel volume, #JustUseTeams says the Redmond, Washington-based company has a dedicated check-in lane at Seattle-Tacoma International Airport. That’s despite founder Bill Gates’ warning that “if we don’t curb emissions, and temperatures continue to climb, science tells us that the results will be catastrophic”.

The campaign is asking Microsoft staff to leave anonymous Glassdoor reviews urging their bosses to limit air travel, and inviting the company’s customers to tweet their support.

“Microsoft already knows flights are terrible for the climate—that’s why it’s been offsetting its flights and investing in sustainable jet fuels,” the campaign site states. “But offsets are deeply flawed and sustainable aviation fuels are so expensive that the airline industry has consistently failed to meet its own targets for sustainable fuel use over the decades. If Microsoft wants to be a real climate leader, it must scrap all but the most necessary flights from its travel policy.”

But that’s where Microsoft’s own creation comes in.

“There’s a reason Microsoft invented Teams to replace flights in the first place,” #JustUseTeams writes. “Flying half-way around the world for a one-hour meeting is a huge waste of time and resources—nearly one in three business travelers find it difficult to stay on top of their work load when traveling,” and “polling in Europe has shown around three in four business workers think recent air travel restrictions had no effect or a positive effect on productivity.”

Frequent business travel is also linked to employee burnout, the site states, with one-quarter of business travellers saying they have to work more to make up for time they lose on their trips. “Business flights can especially lead to added stress for single parents, who have to find child care for their kids. This is something Microsoft should be especially worried about, given its own research recently found 41% of the global work force is considering leaving their employer this year.”

On its own promo page for Teams, Microsoft appears to agree with many of the campaign’s arguments. “Microsoft Teams is for everyone,” the company states. “Whether it’s chat, calls, or video, anyone can engage at any time, bringing everyone closer.”

But that sales messaging appears not to have reached head office. Asked whether the campaign request was realistic, and whether Microsoft had had any in-house discussions about the shifting balance between live and virtual meetings, media relations consultant Madeline Loduca referred The Energy Mix to a January, 2020 blog post touting the company’s promise to achieve carbon-negative operations by 2030.

(We also asked them whether it was “strangely gratifying, or just strange, to see a carbon reduction campaign backhandedly endorsing and promoting” their product. They didn’t answer that one, either.)

The blog post by Microsoft President Brad Smith laid out a “principled approach” to carbon reductions that included heeding the “best available science”, cutting more than half its emissions by 2030, removing more carbon than it emits, and deploying a US$1-billion Climate Innovation Fund to “invest in new carbon reduction and removal technology”. The move into expensive, new carbon removal options was the only specific dollar commitment in the package.

Did Microsoft have any concern about spending that much on carbon capture, rather than relying on its own proven technology to reduce emissions and save money?

“The company has nothing more to share beyond the blog,” Loduca replied in an email.

But even if Microsoft has yet to rethink its business travel plans, its customers seem to have got the memo. Last week, London-based data analytics firm GlobalData pointed to the “devastating effect” of the pandemic on the business travel industry, with trip counts down 75% and companies forced to fold or consolidate.

“Many industry commentators have argued that this is just a momentary shift,” the agency said in a release. “However, many business travel clients have adapted to the pandemic by becoming more efficient and innovative, developing new ways to communicate, likely leading to a reduction in travel demand for the long term.”

Stay Grounded network co-founder Magdalena Heuwieser said she wasn’t surprised by Microsoft’s reaction. “Microsoft is a global company embedded in the ideology that making profits is only possible with flights and hypermobility,” she told The Mix in an email, with aviation a “core pillar” of that system. “It feels like a threat to frequent flyers like businesspeople to hear that climate breakdown can only be avoided if we also reduce flights.”