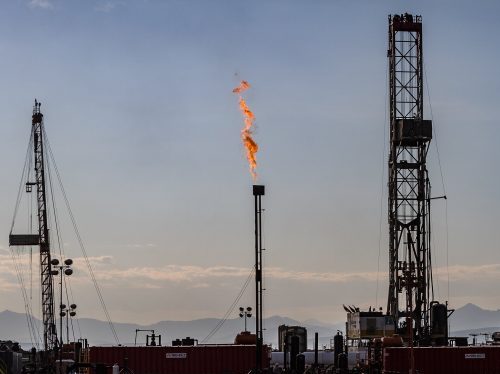 A U.S. federal judge’s decision last week striking down the Biden administration’s pause on new oil and gas leases is a case of a Donald Trump judicial appointment colliding with the new administration’s plan to reduce the greenhouse gas emissions that cause climate change.

Louisiana District Judge Terry A. Doughty “said the administration cannot stop leasing without congressional approval and that the fossil fuel-producing states that sued to challenge the Interior Department’s policy have ‘demonstrated a substantial threat of irreparable injury’,” the Washington Post reports.

“Although there is certainly nothing wrong with performing a comprehensive review, there is a problem in ignoring acts of Congress while the review is being completed,” the Trump appointee’s ruling stated.

“The reversal is unlikely to have any immediate impact on the U.S. output of climate-changing emissions,” The Huffington Post writes. “But the ruling highlights perhaps the biggest obstacle to Biden’s climate agenda: a judiciary packed with conservative judges who share former President Donald Trump’s loyalty to the fossil fuel industry.”

In a single four-year term, Trump appointed 226 judges, including 54 to federal appeals courts, HuffPost says. By comparison, former presidents Barack Obama and George W. Bush appointed 320 and 322, respectively, each of them over an eight-year span.

Now, fossil-allied Sen. Steve Daines (R-MT) is calling the Trump-appointed judges “a firewall to Joe Biden’s harmful attacks on Made-in-America energy”—even though the industry has several years’ worth of acreage already approved, without factoring in the mounting pressure for fossils to stop drilling new oil and gas wells.

Interior Secretary Deb Haaland previously called the federal leasing program “fundamentally broken”, adding that “taxpayers deserve to make the most out of their public lands,” the Post says. Her department has emphasized the temporary nature of the pause and pointed out that it won’t affect the industry’s existing leases.

A department spokesperson struck a compliant tone in response to the ruling.

“We are reviewing the judge’s opinion and will comply with the decision,” Communications Director and Senior Adviser Melissa Schwartz said in a prepared statement. “The Interior Department continues to work on an interim report that will include initial findings on the state of the federal conventional energy programs, as well as outline next steps and recommendations for the Department and Congress to improve stewardship of public lands and waters, create jobs, and build a just and equitable energy future.”

City of Ottawa Doubles Down on Transit Electrification Plans