Report Calls for Climate, Biodiversity Action to Work in Tandem 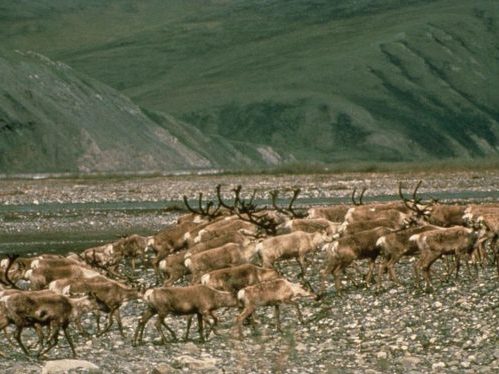 A landmark report is warning that global heating and biodiversity collapse are intertwined crises that will be solved only if they are solved together—critical information for policy-makers as the world prepares for this fall’s global biodiversity and climate conferences.

Co-authored in a collaborative first by the UN’s Intergovernmental Panel on Climate Change (IPCC) and the independent Intergovernmental Science-Policy Platform on Biodiversity and Ecosystem Services (IPBES), the just-released report urges policy-makers to abandon the “siloed” thinking that has separated efforts in climate protection and biodiversity restoration, reports Grist.

“Everyone has known that they are two sides of the same coin,” said human ecology professor Pamela McElwee of Rutgers University, one of 50 experts who contributed to the report. But while moves to protect biodiversity (such as mangrove restoration) typically help fight the climate crisis by increasing carbon storage, some climate policies actually imperil biodiversity. For example, reforestation schemes intended to create carbon banks can end up replacing diverse native forests with monoculture plantations of non-native species.

“There’s a real risk that biodiversity is going to die from a thousand cuts,” said report co-author Paul Leadley, an ecologist with Paris-Saclay University.

The New York Times cites Leadley’s warning that covering “the whole planet with trees” is not the answer to the climate problem. “That’s a mistaken message on many levels,” he said.

The Times highlights one “impending ecological disaster” flagged in the IPCC/IPBES report: Brazil’s Cerrado region, a once-biodiverse savannah renowned as a carbon sink that has, in recent years, been largely planted over “with monocultures of eucalyptus and pine in an attempt to meet a global reforestation goal.” Today, its native ecosystems—and human livelihoods—hang by a thread.

The renewable energy boom, too, is delivering an unintended knife to the heart of biodiversity while it races to reduce carbon. While the growth of renewables is “undoubtedly a positive step in the global effort to limit emissions from fossil fuels,” Grist writes, the industry relies on extracting minerals “that have to be dug up from deep underground or dredged from the ocean floor.”

Inside Climate News points to bioenergy projects as a further threat to biodiversity. “We’re using much more than 50% [of the world’s land] for food and timber production,” said Almut Arneth, a modelling expert at Karlsruhe Institute of Technology, and another contributor to the IPCC/IPBES report. Arneth forecast a “catastrophic” impact on biodiversity should bioenergy crops be permitted to take a leading role in solving the climate crisis.

And beyond their effects on biodiversity, nature-based climate solutions like forestation are simply not enough, notes the report. “The science is clear,” writes the Times. “Nature can’t store enough carbon to let us keep on spewing greenhouse gases at our current rates.”

Pörtner stressed the need for speed, in a moment when everything counts: “Every bit of warming matters, and every lost species and every degraded ecosystem matters.”

Addressing both crises, and doing them both well, will be the trick, notes Grist, when siloed thinking and action remain the norm “in governments around the world”. In the U.S., for example, “the Environmental Protection Agency and the Department of Energy are largely in charge of emissions policies,” but “when it comes to policies regarding public lands, the Department of Interior calls the shots.”

That makes the intertwining crises of global heating and biodiversity loss a matter of getting “all hands on deck,” Rutgers’ McElwee said. “We need the foresters and climate folks to get together and try to create solutions that tackle both things at once,” she told Grist.

But meanwhile, Climate Home News reports that “gruelling” online discussions necessitated by the pandemic threaten hopes for a global pact to protect nature that is due to be finalized at this October’s world biodiversity conference in Kunming, China. Delegates will be seeking “to agree on a framework to halt the decline and extinction of species by 2030 and allow ecosystems to recover by 2050.”

But “that October date is very soon. And we know that there is a significant amount of negotiation that needs to take place,” said Basile van Havre, co-chair of the negotiations. “We need to look seriously at whether it’s possible to meet physically in September or not. If not, we don’t have the time.”

High on the long list of unresolved issues? How finance is to be mobilized to help developing nations implement the pact, and how best to ensure robust reporting mechanisms to ensure that every signatory (we’re looking at you, Brazil) is pulling their weight.