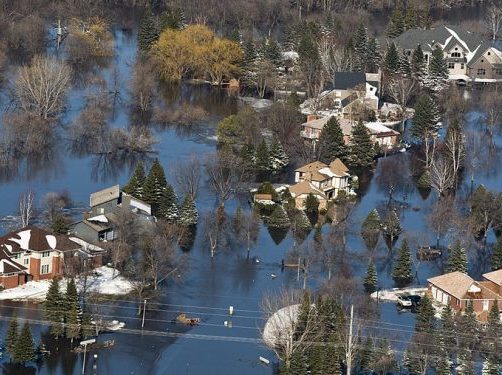 Unless G7 leaders find global solutions to climate change, 167 million homes around the world could be wiped out within the next two decades, warns the UK-based disaster relief charity ShelterBox.

The devastating loss of shelter is a major impact of the climate crisis, according to data supported by Northumbria University. If extreme weather events continue to increase at current rates, the report forecasts that 8.35 million homes a year will be destroyed between now and 2040, the equivalent of all homes across the United States.

During the three days of the G7 summit alone, 69,000 homes will be lost to extreme weather, and the forecast should “be taken extremely seriously now rather than any later,” Andrew Collins, a professor of disaster and development at Northumbria, told SkyNews. That’s because the estimates of loss are based on extrapolation from real data already accumulated.

“As the current state of climatic impacts already reveals, and as experienced by billions of people all over the world through the current pandemic, to ignore the warnings in the data complete with its uncertainties is to walk ill-prepared into catastrophic loss and damage,” he added.

ShelterBox, which is based in Cornwall where the G7 is meeting, hopes the research will show the human impact of the climate crisis, whereas many people think first of the impact on animals and the natural world. It polled 2,000 people in Britain and found that fewer than 9% visualize the effects of the climate crisis on humans, while 43% think of a polar bear balancing on melting ice.

The charity wants the G7 to support a global reduction in emissions of harmful pollutants and gases, but also to commit to emergency shelter for communities facing devastating new disasters caused by a heating world. It also wants leaders to support longer-term projects to help countries afford disaster-resilient housing and sustainable livelihoods, and to ensure that vaccines are affordable and available in every corner of the world.