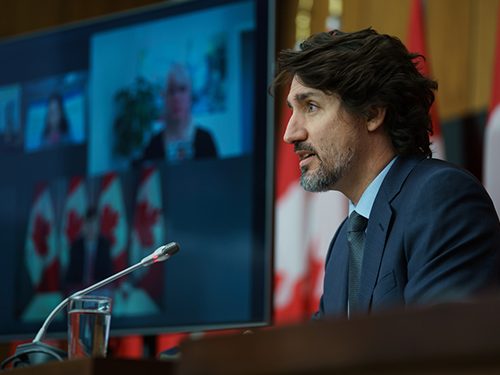 With climate finance on the agenda at this weekend’s G7 summit in Cornwall, United Kingdom, 70% of Canadian adults and 66% across the world’s seven most industrialized countries say they favour financial and technological support to help poorer countries shift from fossil fuels to renewables, according to a YouGov survey commissioned by the E3G climate consultancy.

The release adds to pressure on the Trudeau government to contribute its share to the US$100 billion per year in international climate finance that rich countries had promised to provide, beginning in 2020. Only a fraction of that funding has been committed. And Canada’s contribution of C$2.65 billion over five years, announced with great fanfare at the Paris climate conference in 2015, falls far short of its fair share contribution of US$4 billion per year.

The YouGov polling shows majority support for international climate finance across every age group, region, party affiliation, and educational level among Canadian survey respondents, and at every income level except for those earning $200,000 or more. Support or strong support stood at 56% in the three Prairie provinces, 70% in Ontario, 73% in Quebec and British Columbia, and 84% in the Atlantic provinces.

A Canada-wide plurality of 49% said Ottawa should not break its past promises on international climate finance, compared to 28% who said circumstances had changed and the government should step away from its commitments. Exactly half said everyone will suffer the consequences of the climate crisis, therefore it’s in Canada’s interest to help poorer countries shift to clean energy, while 34% said Ottawa should put domestic needs first.

The survey involved online interviews of 9,312 respondents across the seven countries, including 1,003 in Canada, between May 19 and June 6.

Apart from the public opinion research, the weeks leading up to the G7 summit have seen a wave of policy reports and advocacy, all aimed at persuading the seven national leaders to commit to faster action to reduce the greenhouse gas emissions that cause climate change, including their past promises on climate finance. They’re also hearing loud and clear that the success of the 2015 Paris climate agreement could be in doubt if the global distribution of lifesaving COVID-19 vaccinations continues to leave developing countries behind.

Yesterday, more than 70 world business leaders affiliated with the Alliance of CEO Climate Leaders called for “bold and courageous commitments, policies, and actions” to bring global emissions to net-zero, the World Economic Forum reports. The CEOs lead companies with a combined US$2.4 trillion in revenue and nearly seven million employees.

That level of action “sends a clear signal to policy-makers that many global business leaders are ready to make the transition to a net-zero future,” said WEF Managing Director Dominic Waughray. “As we move towards COP 26, public-private collaboration will be key to unlocking investment, setting more ambitious targets to reduce emissions, and turning this ambition into action.”

Natural Solutions Could Cut Canada’s Emissions by More Than 10%