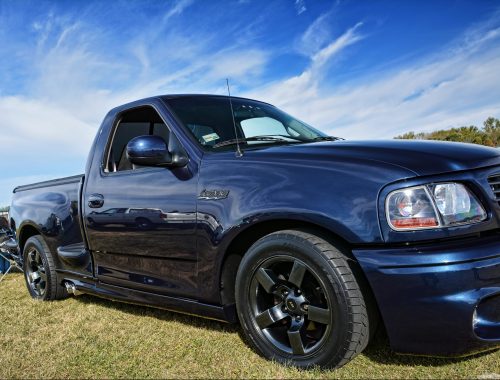 Ford Motor Co. may have introduced a major, new twist in the off-grid energy storage market, thanks to a feature of its new F-150 Lightning electric truck that will enable owners to power their homes from their vehicles.

When Ford unveiled its new F-150 last month, the emphasis was on the truck itself and its potential to bring electric vehicles into the mainstream. But now, Canary Media is pointing to the truck as the first mass-market EV to offer clean backup power.

“Even electric car pioneer Tesla doesn’t offer this yet, and its leaders have questioned the efficacy of exporting power from vehicles,” Canary writes. “Instead, clean energy companies ask customers in need of backup to pay thousands of dollars for a lithium-ion battery pack to sit in the house alongside an even more expensive solar array (some offer no-money-down financing options, as well).”

Those batteries can power a home during a grid outage brought on by a storm, a cold snap, or a wildfire, and can recharge from solar panels if the home has any. And that added resilience is the feature that has driven record U.S. sales of home battery systems. “Storage customers repeatedly cite backup power as their number one reason for purchasing a residential storage system,” Wood Mackenzie analyst Chloe Holden told Canary. “It is far and away the biggest driver of the residential storage market’s growth in the last two years.”

But those systems aren’t cheap, and when they connect to an EV during an outage, the vehicle drains the home batteries rather than charging them.

“Those constraints muddy the value proposition for stationary batteries,” Canary writes. “Ford proposed a cleaner one: Buy this new truck at the same price point you’re used to, and you’ll get market-leading battery backup for minimal extra cost. That’s a formidable entrance into the home energy market.” Ford’s backup system uses additional equipment to keep utility workers safe while the house is “islanded” from the power grid and allows a two-way flow of electricity.

“With Ford Intelligent Backup Power, enabled by the available 80-amp Ford Charge Station Pro and home management system Ford can help install, F-150 Lightning automatically kicks in to power your house,” the company says, with enough capacity to supply a home for three days at full power or 10 days with rationing. “Once power is restored, the truck automatically reverts to charging its battery.”

Canary Media has more on how the system works and the questions arising around Ford’s announcement.