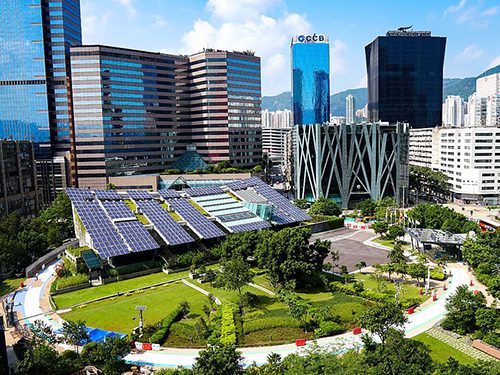 The 21st-century challenges cities face can only be solved by governments, not by profit-driven corporations, say five recent Canadian winners of a prestigious global urban design award.

More than 100 student urban planning teams from the United States, Canada, and Singapore competed in the Urban Land Institute’s Gerald D. Hines Student Urban Design Competition, and it was a team from Toronto that took the top prize of US$50,000, reports the Toronto Star. The winning team included urban studies students Leorah Klein and Frances Grout-Brown from [the institution formerly known as] Ryerson University, Yanlin Zhou, who studies real estate and infrastructure at York University, and Chenyi Xu and Ruotian Tan, who study architecture and urban design, respectively, at the University of Toronto.

Though the prize was awarded for the students’ redevelopment plan for a neighbourhood in downtown Kansas City, Missouri, they told the Star their approach could just as well apply to Toronto.

“There are lots of similarities in what you’re striving for—affordable housing, expanding transit and active (non-motor) transportation, building and expanding the city in a sustainable manner,” said Klein.

The judges found particular merit in the Toronto team’s “Fusion” concept, which rejects tourist-drawing megaprojects like stadiums in favour of a “welcoming and affordable mixed-use development” that prioritizes connectivity, food security, affordable housing, and environmental resilience.

With the debacle of the Sidewalk Labs-Waterfront Toronto partnership very fresh on their minds, the Toronto-based team also stressed the need for cities not to outsource control to corporate interests, as human needs (and, in terms of “smart city” planning, human privacy) typically end up second in priority to profit.

“Relying only on private developers to increase supply and fill the gap isn’t enough,” they said in their presentation.

Regulatory changes will also help a great deal, especially “upzoning” to “allow and encourage housing for duplexes, triplexes, and other multi-family buildings over single-family homes,” and requirements for developers to include affordable housing in projects. The team also favoured active transportation solutions like walking and cycling to balance investment in large infrastructure projects like the Ontario Line expansion.