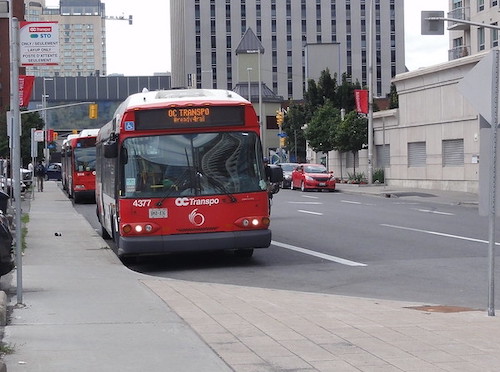 The Canadian Infrastructure Bank has agreed in principle to lend the City of Ottawa C$400-million to help it buy 450 electric buses and build out the necessary charging infrastructure.

If the agreement is approved by Ottawa’s transportation committee and council later this month, the proposed funding will be key to enabling “the largest conversion of public transit vehicles in Canada to date,” reports CBC News, citing a statement by the Canada Infrastructure Bank (CIB). The city would seek additional funding from Infrastructure Canada, adds CBC.

Acquiring 450 zero-emission buses (ZEBs) would place Ottawa a little less than halfway to its goal of shifting its entire fleet—some 1,000 buses—to zero-emission by 2036.

In a release, CIB notes that “each battery-electric bus will provide a savings of 35,000 litres of fuel every year.” The proposed loan “will cover the higher up-front capital costs of ZEBs compared to diesel buses, helping to accelerate the electrification of the City’s bus fleet,” the bank states. And the “financial savings are estimated to be substantial, as lifetime operating costs for ZEBs could be as much as 35% lower than diesel buses.”