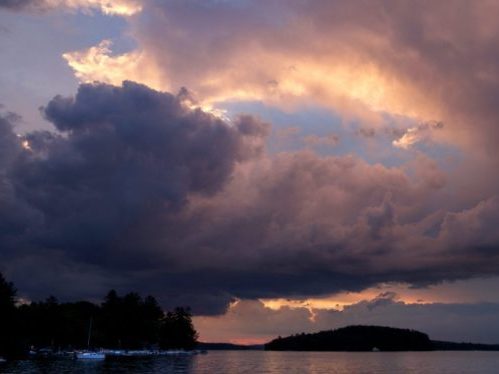 Standard climate modelling may underestimate the extent to which some types of clouds cool the atmosphere, according to a new paper in the journal Nature Climate Change that raises questions about a new generation of global models that predict faster future warming.

The new research “aims to correct a ‘long-standing’ and ‘unaddressed’ problem in climate modelling—namely, that existing models simulate too much rainfall from clouds and, therefore, underestimate their lifespan and cooling effect,” Carbon Brief reports.

It presents what the authors see as a “more realistic simulation of rainfall from ‘warm’ clouds— those that contain water only, rather than a combination of water and ice,” the UK-based publication adds. “They find that this update makes the ‘cloud-lifetime feedback’—a process in which warmer temperatures increase the lifespan of clouds—almost three times bigger.”

Fixing that “problem” with the rainfall models in the sixth Coupled Model Intercomparison Project (CMIP6) “reduces the amount of warming predicted by the model, by about the same amount as the warming increase between CMIP5 and CMIP6,” said lead author Johannes Mülmenstädt. The takeaway, he added, is to “take the extra warming in CMIP6 with a grain of salt until some of the other known cloud problems are also fixed in the models.”

Carbon Brief explains that the role of clouds in global warming is a complex enough topic that climate scientists have been wrestling with it for decades. Some of the difficulties have to do with differences in behaviour between high, thin clouds composed of ice crystals and lower, “warm” clouds that consist of water only—with the added challenge that multiple layers of clouds are usually on the scene at the same time.

As it became clear that CMIP5 modelling had overestimated the proportion of ice, climate modellers updated their assumptions, so that many of the models in the CMIP6 series “included a greater cloud liquid fraction.”

Overall, the CMIP6 models “attracted widespread attention within the scientific community, as a higher climate sensitivity means that future warming will be more rapid and intense than previously thought,” Carbon Brief writes. But in the new paper, “Mülmenstädt emphasizes that fixing this cloud-lifetime effect could have as great of an impact on future warming predictions as the change from CMIP5 to CMIP6 models did.”

Carbon Brief has more on the science behind CMIP6 and the latest Nature Climate Change paper.