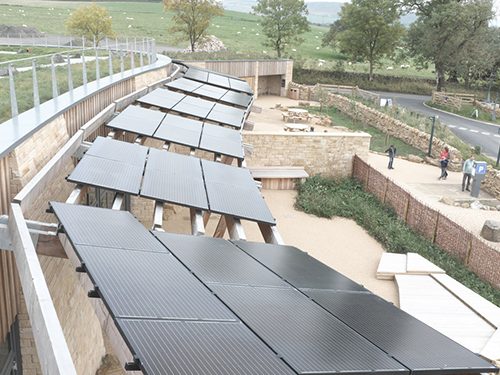 In a recent op ed for The Guardian, American writer, historian, and activist Rebecca Solnit puts forward a “case for climate optimism” grounded in the science, solutions, and shifts in perspective and policy being achieved by activist pressure around the world.

“Each is advancing rapidly,” she says. “The science mostly gives us terrifying news of more melting, more storms, more droughts, more fires, more famines. But the technological solutions and the success of the organizing to address this largest of all crises have likewise grown by leaps and bounds.”

Citing breakthroughs in battery storage, the UK’s recent commitment to stop financing overseas fossil fuel extraction, and the extent to which U.S. President Joe Biden is adopting ideas from the Green New Deal less than three years after it first appeared on the policy scene, Solnit writes that “we have crossed barriers that seemed insurmountable at the end of the last millennium.”

Also offering cause for hope, she observes, is a recent—and electrifyingly positive—report from Carbon Tracker. It states that, in some locations, current technology “can capture at least 6,700 petawatt-hours (PWh) per annum from solar and wind, which is more than 100 times global energy demand.” Zeroing in on a critical point about land use, Solnit highlights Carbon Tracker’s calculation that “the land required to produce all this energy would take less than is currently given over to fossil fuels.”

All that remains, concluded Carbon Tracker, is the political will to incentivize and implement the necessary (read: imperative) changes. Solnit, too, points to the myriad policy experts who are calling for that will, and writes that the one thing we must not do is give ourselves up to those who counsel despair.

“That we cannot see all the way to the transformed society we need does not mean it is impossible,” Solnit says. But it can only happen, she adds, “if we go actively toward the possibilities rather than passively into the collapse.”

On the other end of the spectrum, three respected climate scientists are warning that the very concept of net-zero is “a dangerous trap.”

Meanwhile, Climate Home News is out with a critique of a long-form post for The Conversation, in which three senior climate scientists decry the push to net-zero as a “dangerous distraction”. Editor Megan Darby writes that while it’s wise to “read the small print” on net-zero, we must still “recognize this framework as an improvement on what came before”. She says the vague avowals by “would-be climate leaders” to keep global warming below 2°C amounted to “a less ambitious claim based on many hidden—and questionable—assumptions.”

Noting that the “zero” in the term was intended “to give clarity on investment decisions that was previously lacking,” while the “net” part of the equation “was a concession to some genuinely hard-to-decarbonize sectors, and a recognition of the important role of restoring natural carbon sinks,” Darby says the tangibility of the target has borne fruit.

“There are plenty of examples of net-zero goals leading to tighter short-term targets and stronger policies,” she writes, citing recent moves by Unilever as a case in point.

Accordingly, while Darby acknowledges some of the “technocratic” flaws inherent in the net-zero framework, she argues that “ditching” it is not the answer.

“To speed up climate action, strengthening the policy framework must go hand in hand with changing the geopolitical dynamics,” she writes.