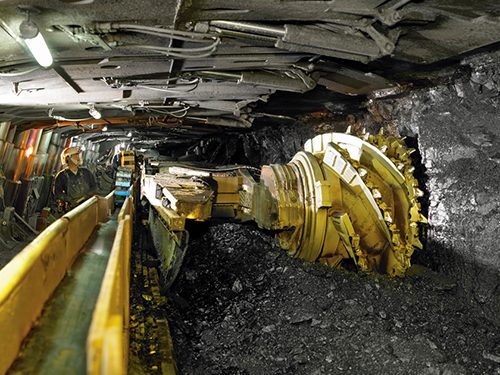 Mining companies in a handful of countries are planning a new, global “coal rush” of 2.2 billion tonnes per year of new production capacity, a move that throws a 1.5°C climate stabilization target into doubt and risks US$91 billion in stranded assets, Global Energy Monitor (GEM) warns in a new report this week.

The analysis tracks 432 new coal projects around the world, 77% of them in a handful of states in China, Australia, India, and Russia, the San Francisco-based organization says. China leads the pack, with 452 million tonnes per year under construction and another 157 million tonnes planned.

While three-quarters of the new capacity, or about 1.6 billion tonnes per year, is still on the drawing boards “and thus vulnerable to cancellation,” mines representing another 600 million tonnes of annual production are now under construction.

If they all went into production, the new mines would add up to a 30% increase in global coal production, which stood at 8.1 billion tonnes in 2019, the report says.

“If built, these new coal mine projects would produce emissions equivalent to current emissions from the United States,” said report co-author Christine Shearer, GEM’s coal program director. “Driving up emissions is the fact that many of these new mines are greenfield proposals that will lock-in more long-term production and unleash new sources of methane emissions.”

Just two weeks after the International Energy Agency “called for a giant leap toward net-zero emissions,” added GEM research analyst Ryan Driskell Tate, “coal producers’ plans to expand capacity 30% by 2030 would be a leap backward. Demand for coal is plummeting and financing for new coal projects is drying up. New mines and expansions of existing mines will be producing coal for a world in which coal is unviable economically, and untenable for the environment.”

While the majority of the new projects in China and India are receiving taxpayer support through state-owned enterprises, “usual corporate suspects are in the mix,” the 29-page report states. “Despite slumps and slowdowns in market demand, the world’s largest [fossil] energy conglomerates such as Glencore, Mechel, and BHP still remain invested in new mines and mine expansions, though small and independent firms have shown the greatest appetites for new projects, especially in Australia and Russia.”

In addition to smaller companies, the production picture emphasizes less sprawling projects that are more likely to slip under the radar. “While mega coal mine projects often attract intense global opposition from climate activists and pose a financial risk for investors, the industry is primarily reliant on mid-size operations with lower public profiles to boost supply,” the report notes, with the median new proposal coming in at 3.5 million tonnes per year.

Thermal coal for use in power plants still accounts for 71% of proposed new capacity world-wide, though 70% of the new activity in North America is to mine metallurgical coal for steelmaking.