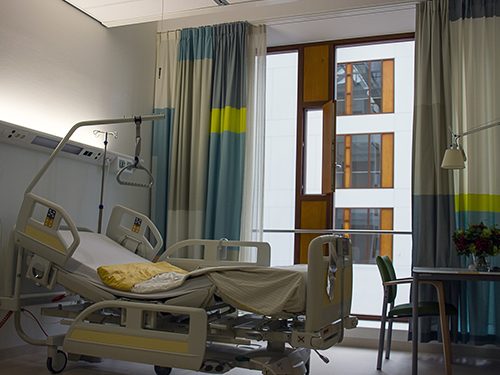 “Over the past five years, 12% of federal climate-change funding went to reducing climate-change risks, while just 0.3% was earmarked for its health impacts,” write Canadian Public Health Association Executive Director Ian Culbert and Ryan Ness, adaptation research director at the Canadian Institute for Climate Choices (CICC), in a recent op ed for iPolitics.

“Without additional preparation,” they warn, the already baked-in impacts of climate change “will cost the country billions of dollars in increased illness, escalating health care costs, and lost productivity.”

The authors point to comprehensive new analysis from the CICC on just how Canada can—and must—adapt to save lives. “Protecting the health of people in Canada in the face of climate change is not just about preparing for specific risks like heat waves or Lyme disease,” explains the report. “It is also about addressing factors like poverty and racism that make people more vulnerable and ensuring access to housing, health care, employment, and education.”

In Canada, add Culbert and Ness, “your health outcomes and life expectancy are determined much more by your postal code than your genetic code.” The same inequities, notes the CICC analysis, show up in the impacts from the climate crisis—and the attendant costs.

With Canada at “a critical juncture to redefine how public policy advances health and climate change adaptation,” the CICC concludes its analysis with four recommendations:

• Mapping “all key adaptation policy levers” across all governmental departments, in a way that recognizes the “decentralized nature of health adaptation and resilience building”;

• Requiring all governmental departments to voice their role in health adaptation, equity, and resilience;

Meanwhile, a highly granular new study for the United States has concluded that the annual health impacts of climate change now clock in at a minimum US$820 billion, Grist reports. The myriad human miseries contributing to this “staggering” number include Lyme disease (now costing between $820 million and $1.6 billion annually) and mosquito-borne West Nile virus ($1.1 billion annually), according to the analysis by the Natural Resources Defense Council (NRDC), the Medical Consortium on Climate and Health, and Wisconsin Health Professionals for Climate Action.t

The $820-billion total is very likely an underestimate, writes Grist, since no agency is comprehensively tracking the cost of the health impacts linked to the climate crisis. On the front lines, “hospitals often don’t categorize certain illnesses as climate-related, and local health departments are underfunded.”

Echoing the CCIC’s findings, the U.S. report found that already-vulnerable people who are poorer, older, Indigenous, children, or living in communities of colour currently bear the brunt of both the health impacts of the climate crisis, and the costs.