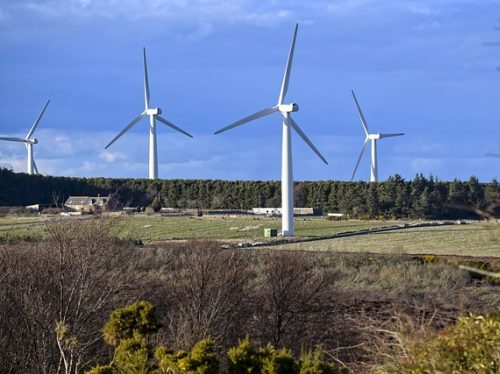 Canada spent significantly more of its COVID-19 recovery dollars on renewable energy than on fossil fuels, but has attached few green strings to that funding and is still failing on a crucial commitment to international climate finance, according to new analyses published ahead of next week’s G7 summit in Cornwall, England.

A report led by UK international development charity Tearfund concludes that federal and provincial governments directed 55% of their energy-related pandemic funding through March 2021 to clean energy sources, compared to 37% to fossils. Only Japan—with 92% of its funding directed to clean energy, but a climate target still rated “highly insufficient” by Climate Action Tracker—had a (far) better ratio of clean to fossil spending.

Germany directed 39% of its funding to clean energy and 38% to fossil fuels. The four other G7 countries—France, Italy, the United Kingdom, and the United States—all spent more on fossil energy bailouts.

The picture is no better in a CARE Denmark report this week on the G7’s international climate finance commitments. At the 2009 UN climate conference in Copenhagen, rich countries pledged to deliver US$100 billion per year, beginning in 2020, to help developing countries reduce their greenhouse gas emissions and adapt to climate impacts. With G7 finance ministers meeting today, the countries have missed their targets, and CARE says the United Kingdom and the United States are the only two that are proposing any increases in climate finance.

“Campaigners have warned that if the G7 does not increase climate finance, poor countries will be left vulnerable to disaster as extreme weather takes hold, and dependent on investments in fossil fuels offered by countries including Russia, China, and oil-rich nations,” The Guardian reports. “They are also concerned that much current climate finance is in the form of loans on which interest must be paid, and said increasing climate finance was a key condition of success for this year’s COP 26 UN climate talks, scheduled for Glasgow in November.”

• Conditionally clean options like electric vehicles or transit, which may still rely on fossil fuels, along with large hydropower;

• Technologies like nuclear and first-generation biofuels, or projects that combined fossil and clean energy investments, that defied categorization.

On that scale, the G7 countries fared poorly. Canada only devoted 11% of its dollars to unconditionally green spending, compared to 44% conditionally clean, and 32% directed to fossil companies with no green conditions.

Across the G7, total funding to oil, gas, and coal added up to US$189 billion, compared to $147 billion for the two categories of clean energy. “More than eight in every ten dollars committed to fossil fuels came with no ‘green strings’ attached: they benefited fossil-fuel intensive activities without requirements for any climate targets or reductions in pollution,” Tearfund writes. “Meanwhile only one in every ten dollars committed to the COVID-19 response benefited the ‘cleanest’ energies measures, like renewables or energy efficiency.”

The upshot is that G7 countries” are not yet investing at sufficient scale in technologies that support the fast decarbonization of their economies, and have therefore also forgone the greater job creation that could be brought about by greener COVID-19 response.”

The countries’ largesse also “included lifelines that were thrown to the aviation and car industries, which received $115 billion from the G7 countries,” The Guardian reports. “Of that money, 80% was given with no attempt to force the sectors to cut their emissions in return for the support.”

In Canada, “the federal government sees fossil fuel exports as critical to economic growth and has carved out specific response measures for the oil and gas sector,” the report states, and “jurisdictional differences in approaches to climate and energy policy are also at play. The two largest unconditional funding commitments to fossil fuels were from the Alberta government,” including the province’s reckless Keystone subsidy, and “almost half of all unconditional funding to fossil fuels in Canada was from provincial governments for highway construction projects, which totalled US$6.5 billion.”

Ottawa “has also funded infrastructure that locks in fossil fuel production and use,” Tearfund adds. “Along with approvals for three new offshore exploration drilling projects, the Canadian government granted a US$240 million federal support package to Newfoundland and Labrador’s offshore oil sector. For the oil industry in Alberta, British Columbia, and Saskatchewan, the federal government committed US$1.3 billion for inactive well clean-up, a policy that shifts costs from oil and gas producers to taxpayers and introduces moral hazard by reducing the end-of-life liabilities for oil and gas projects.”

Many climate organizations cheered when the federal government announced its abandoned well funding.