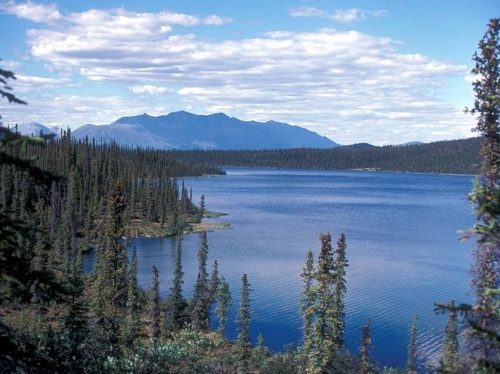 The Biden administration has suspended oil and gas drilling leases in the ecologically fragile Arctic National Wildlife Refuge (ANWR), with Interior Secretary Deb Haaland ordering a new review of a Trump-era decision she says was approved with “insufficient analysis” of its environmental impacts.

Haaland’s order cites “multiple legal deficiencies” and calls for “a new, comprehensive analysis of the potential environmental impacts of the oil and gas program,” the Washington Post reports.

The administration may have no choice but to hold one more lease sale in the refuge, under a law passed by congressional Republicans in 2017 that mandated two auctions by the end of 2024, the New York Times says. “Now legal experts say the Biden administration could be locked into holding a second sale.”

But even so, Haaland’s announcement Tuesday “could spark a major legal battle” and “dims the prospect of oil drilling in a pristine and politically charged expanse of Alaskan wilderness that Republicans and Democrats have fought over for four decades,” the Post says. “The Trump administration auctioned off the right to drill in the refuge’s coastal plain—home to hundreds of thousands of migrating caribou and waterfowl as well as the southern Beaufort Sea’s remaining polar bears—just two weeks before President Biden was inaugurated.”

Not that U.S. fossils were terribly interested in their former White House champion’s generous offer. While Trump officials were aiming to raise US$900 million, with half of the funds going to the state of Alaska and the other half helping to cover the cost of Republicans’ profligate upper-income tax cuts, the auction produced a mere $14 million in potential revenue. Bidders only showed interest in 11 of the 22 tracts, and the state itself bought nine of the 11 leases, in the unlikely hope of eventually subletting the land to actual developers.

“This lease sale was an epic failure for the Trump administration and the Alaska congressional delegation,” Alaska Wilderness League Executive Director Adam Kolton said at the time. “After years of promising a revenue and jobs bonanza they ended up throwing a party for themselves, with the state being one of the only bidders.”

The latest move from the Interior Department “underscores the balancing act the new administration aims to strike as it slows fossil fuel development on public lands,” the Post writes, coming just days after officials approved a major drilling operation by ConocoPhillips on Alaska’s North Slope. “Tuesday’s move signaled that the new administration was willing to take aggressive action in an area that has been a rallying cry for environmentalists for decades.”

The Post has more on the reaction to the decision, pro and con.