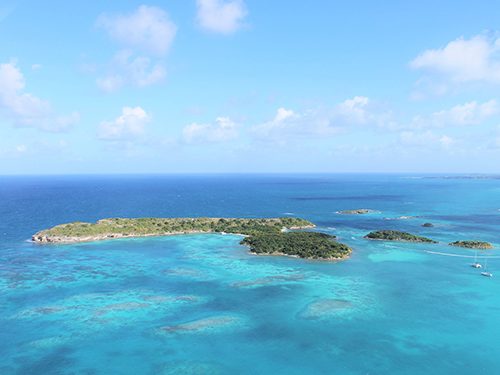 Two Guyanese citizens are taking their government to court, arguing that its pursuit of oil royalties violates a legal duty to protect present and future citizens from the climate crisis.

In a Caribbean first, reports The Guardian, Quadad de Freitas, a 21-year old Indigenous tourist guide, and Troy Thomas, a university lecturer and anti-corruption advocate, are invoking both the climate crisis and human rights in their fight to end drilling currently being conducted by ExxonMobil and other companies off the Guyanese coast.

Called the Stabroek exploration block, the sea floor region is estimated to contain eight billion barrels of crude, as well as trillions of cubic feet of natural gas.

The battle is unfolding in a country where roughly 40% of the population lives on less than US$5.50 per day, and where the capital, Georgetown, lies below sea level. Melinda Janki, lawyer for de Freitas and Thomas, told The Guardian the government of Guyana is under pressure to produce oil in the belief that it will be a wealth generator for the country. That hope, she said, “is not borne out by the facts.”

What’s more likely to result for a petro-state than wealth? “You end up with a great disparity between rich and poor, massive environmental destruction, serious human rights abuse,” said Janki. “You only have to look at Venezuela next door to see what happens.”