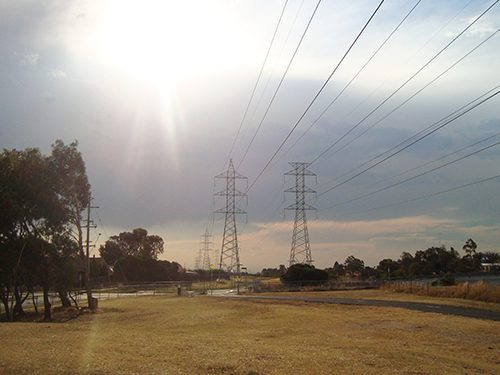 Climate change due to human activity was responsible for about 11 million heat wave deaths between 1991 and 2018, and boosted the damage from Superstorm Sandy in 2012 by at least US$8 billion, according to two separate attribution studies over the last couple of weeks.

In the more recent of the two reports, published this week in the journal Nature Climate Change, a team of at least 70 scientists looked at 30 million heat-related deaths in 43 countries over a 28-year span. They found that climate change increased the toll by 37% on average, and by more than 75% in some locations, Bloomberg Green reports.

“Increased mortality is evident on every continent,” the paper stated. “Burdens varied geographically but were of the order of dozens to hundreds of deaths per year in many locations.”

“These are deaths related to heat that actually can be prevented,” epidemiologist Ana Vicedo-Cabrera, of the University of Bern’s Institute of Social and Preventative Medicine, told The Associated Press. “It is something we directly cause.”

Some of the hardest-hit countries include Spain, Greece, and Italy in southern Europe, Iran and Kuwait in the Middle East, Thailand and the Philippines in Southeast Asia, and several countries in Central and South America, Bloomberg says.

“The additional stress of heat caused entirely by human action now claims 172 lives in Rome every year, 189 in Athens, 177 in Madrid, and even 82 Londoners,” Climate News Network writes. “Across the Atlantic, the extra greenhouse gas kills 141 New Yorkers annually and 136 in Santiago, Chile. In Bangkok, 146 perish because of anthropogenic heat stress; in Tokyo, 156, in Ho Chi Minh City, 137.”

Those findings “are likely to be conservative,” Climate News Net adds. “Some tropical regions with the highest risk of extreme heat and very high rates of population growth were excluded because the daily death figures were not available.”

Moreover, “scientists say that’s only a sliver of climate’s overall toll,” AP states. “Even more people die from other extreme weather amplified by global warming such as storms, flooding, and drought—and the heat death numbers will grow exponentially with rising temperatures.”

One dimension of that added impact became clear when Hurricane Sandy hit New Jersey and New York City in October 2012. The storm killed at least 125 people, left seven million households and businesses without electricity, and caused more than $60 billion in damage. Now, the Washington Post reports, an attribution study in the journal Nature says climate change was directly responsible for $4.7 to $14 billion of those losses, with 95% odds that the attributable cost was in the range of $8.1 billion.

“The authors of the paper acknowledged that the links between climate change and storms like Sandy require more study, and instead focused on coastal flooding,” where the links to ice loss and sea level rise are established and quantified, the Post writes. The study “found evidence that climate change made the storm’s surge, or rise in ocean water above normally dry land, more severe, increasing the amount of coastline inundation.”

That adds up to “further proof of the rising cost of human-induced climate change, manifest both in the increasing price tag of climate-fueled natural disasters and more subtle changes to everyday life required to adapt to them,” the Post adds.