Global Spending on Nature Protection Must Triple by 2030 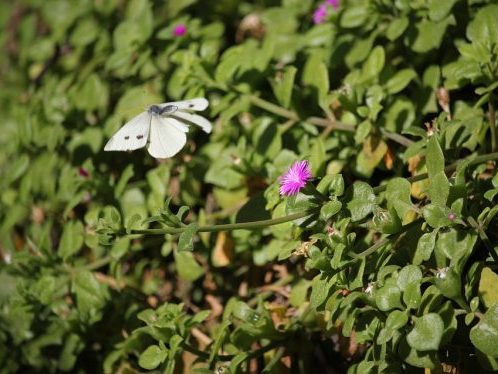 About US$8 trillion will be needed over the next 40 years to restore and protect nature and safeguard the systems that sustain much of life on Earth, says a new report by the UN Environment Programme (UNEP). And in the scheme of things, that amount is “peanuts”, says the agency’s chief executive.

But The Guardian notes that investment in restorative agriculture and forest and wildlife protection actually adds up to a mere 0.1% of global GDP to 2050.

“It’s peanuts when we are frankly talking about securing the planet and our very own future,” said UNEP Executive Director Inger Andersen. The report was co-produced by UNEP, the World Economic Forum (WEF), and the Economics of Land Degradation Initiative (ELD).

Citing the report, Reuters says an easy first step toward accelerating investment in a healthy planet would be to redirect the hundreds of billions in annual subsidies that currently underwrite the fossil and big agriculture industries. Currently, nature protection and restoration plans account for a mere 2.5% of projected pandemic recovery spending globally.

“It is more an opportunity to see how can you continue to do business, how can governments continue to grow economically—but do so in a way that is more equitable and sustainable,” he told Reuters.

The report urged governments to “ensure development aid contains conditions and targets to help cut climate-heating emissions, protect forests, and limit land degradation”, called on business “to invest more in making their supply chains sustainable” and achieve their net-zero goals, and instructed banks to factor negative climate impacts into their lending decisions. Given increasing climate risks, it added, any failure to do so is as much a danger to bottom lines as it is to human health.

Mulder said the report was only a “starting point” for analyzing funding needs, and did not take oceans into account. Reuters points to an estimate last year that, when land and sea are combined, between $722 and $967 billion per year will be needed to stop the global decline in biodiversity by 2030.

And that biodiversity is critical to human health, notes The Guardian. “More than half of global GDP relies on high-functioning biodiversity, but about a fifth of countries are at risk of their ecosystems collapsing due to the destruction of the natural world, according to an analysis by the insurance firm Swiss Re last year.” Australia, Israel, and South Africa are among the countries most threatened by ecosystem breakdown, according to that analysis.

“The dependency of global GDP on nature is abstract but what we really mean are livelihoods, jobs, people’s ability to feed themselves, and water security,” said Teresa Hartmann, WEF lead on climate and nature. While the urgent need for an energy transition is “at the heart of everybody’s understanding of climate change,” she told The Guardian, far fewer people are talking about the imperative for land use changes.

“We cannot afford to continue exploiting and producing as we do now,” she added.

That too many of us have yet to accept this reality is revealed by the fact most jurisdictions are not “building back better,” UNEP’s Mulder told The Guardian.

Yet directing adequate funding to nature-based solutions could actually be a boon to the economy, the World Economic Forum says in a release. “Some $10 trillion in business opportunity and 395 million new jobs could be created by investing in nature-positive solutions,” said Justin Adams, head of the WEF’s Tropical Forest Alliance.

While the management, conservation, and restoration of forests alone “will require $203 billion in total annual expenditure globally,” WEF adds, the per capita cost is small, “equivalent to just over $25 per year for every citizen in 2021.”

Meanwhile, a full $1.27 billion in financing was delivered last year by British banks to companies known to be involved in deforestation overseas. But such support may be on its last legs, The Guardian writes, with a new bill requiring companies to “root out illegal deforestation from their supply chains” now before the UK Parliament.

The bill is “ambitious” and stands a good chance of passing, but it asserts no power over the banks themselves, the UK-based paper adds. This, noted Jo Blackman, head of forests policy and advocacy at Global Witness, is a “significant failing.”

“Supply chains are only one way in which the UK contributes to deforestation—finance is also a huge part,” she told The Guardian. “Finance is a crucial lifeline to keep these [deforesting] companies going.”