7 in 10 U.S. Fossil Jobs Lost in Pandemic May Not Return This Year 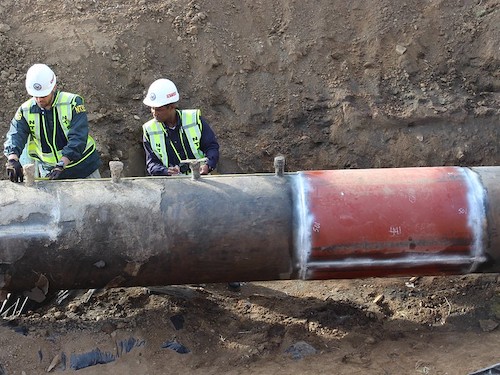 More than seven out of 10 jobs lost to the U.S. fossil industry during the COVID-19 pandemic may not return by the end of this year, according to the 2020 Oil and Gas Industry Outlook published by management consulting giant Deloitte.

Deloitte called the last year, in which fossils laid off 14% of their permanent work force, “the great compression of the oil and gas industry,” adding in an October, 2020 analysis that “the next decade could look very different for the entire oil and gas value chain,” industry newsletter Rigzone reports.

Rigzone cites the Deloitte data as one measure of a transformation sweeping the industry, with a “seasoned veteran work force” finding jobs harder to come by, students uncertain about their future in the industry, and enrolment in petroleum engineering and geoscience programs declining. “Companies are having to do more with less,” said Travis Parigi, CEO of LiquidFrameworks, a firm that specializes in mobile field operations for the fossil sector, with work force demographics trending younger and fossils adopting what the industry calls a “digital transformation”.

“The pandemic has significantly exacerbated the effects of the tremendous layoffs,” Parigi told author and Houston-based consultant Monique Jozwiakowski. “But it’s also accelerated companies’ recognition and desire for a need to move out of a world that is a lot less inefficient at doing some things into one with more digitally-oriented tools for its work force—like moving away from using clipboards, paper, computer spreadsheets, or wall-hanging whiteboards for data development.”

That shift is consistent with a work force composed of younger employees who “expect digital technology and tend to interact with apps differently than the veteran work force,” he added.

In the heart of the U.S. oil and gas industry, Rigzone says Texas A&M University is shifting its curriculum, in what reads like a partial nod to the industry’s accelerating decline.

“We are trying to focus students more on skill sets, rather than saying oil and gas is the only possibility of employment,” said executive professor Mukul Bhatia, director of the Texas A&M’s Berg-Hughes Center for Petroleum and Sedimentary Systems. “That’s helped, especially since the world is moving toward carbon capture, carbon storage, carbon neutralization, enhanced oil recovery, and geothermal energy.”