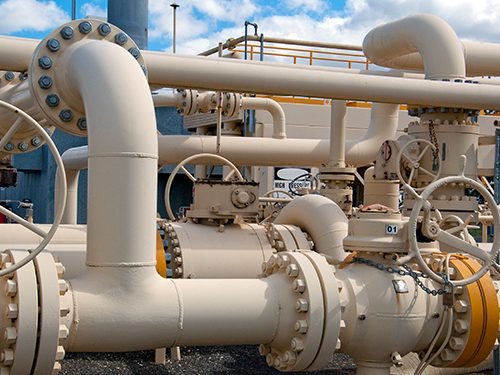 A fracking field in Alberta has produced Canada’s biggest methane cloud since satellite tracking began, with the third-highest rate of emissions in North America this year, according to a geospatial analytics firm working with data from the European Space Agency.

The measurements from the Duvernay shale field in the Western Sedimentary Basin showed methane being released at an estimated 79 tonnes per hour, Bloomberg Green reports. The satellite data analysed by Kayrros SAS didn’t indicate the duration of the April 20 leak, but if it continued for just an hour, it would warm the atmosphere as much as 300,000 internal combustion cars driving at 60 miles/96.5 kilometres per hour.

Getting fossil industry methane under control “has jumped to the top of climate to-do lists globally as nations and companies prioritize the most cost-effective ways to cut emissions,” Bloomberg notes. In Canada, unmeasured methane emissions have been a big enough problem to raise concerns about federal energy transition plans that lean heavily on “blue” hydrogen produced from natural gas.

In recent years, satellite tracking has emerged as a big part of the effort to fill the information gap. “Public and private satellite data has also helped spot methane plumes in countries such as Bangladesh and Turkmenistan,” Bloomberg writes.

Methane is the primary component of natural gas, and it’s 84 times more potent a greenhouse gas than carbon dioxide during the 20 years when humanity will be scrambling to get climate change under control. “The gas sometimes leaks accidentally from poorly maintained pipelines, but can also be released on purpose to maintain safety and during testing,” Bloomberg explains. “Some U.S. drillers intentionally vent methane during oil production if they don’t have the resources to bring the gas to market,” even though “preventing leaks gives companies more fuel to sell.”

In Canada, the news agency adds, fossils must report their annual methane emissions, but have no obligation to inform the Canada Energy Regulator when they deliberately flare or vent the gas. They’re required to disclose accidental releases, but the CER said there were none reported between April 15 and 120 within a 50-kilometre radius of the plume.

Calgary-based pipeliner TC Energy, whose Nova Energy Transmission subsidiary had filed five possible dates for planned releases with the Alberta Energy Regulator, told Bloomberg it “executed a scheduled release” April 20 at a compressor station in Beiseker, Alberta, about 33 kilometres south of the methane cloud that Kayrros identified. “We cannot confirm if the satellite images you’ve shared are related to this planned event, which was done in accordance with all Canadian regulations,” the company said.