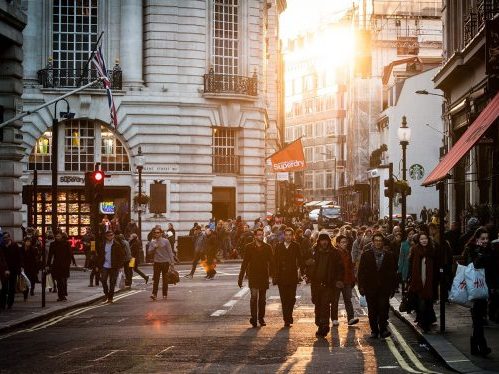 While the number of cities with climate plans has rocketed from 16 to 365 since 2010, fewer than 20% are tackling all four of the most emissions-heavy sectors.

“More cities than ever are implementing measures to fight climate change and mitigate the impact of extreme weather events on their communities, but there’s still a large gap between what’s needed and what they’re doing,” writes Bloomberg Green.

Proof of the gap can be found in a just-released survey by CDP, the UK-based charity that runs the global disclosure system for public and private sector groups looking to manage their climate impacts.

CDP’s Cities on the Route to 2030 report tracked what 812 communities around the globe are doing to mitigate, and adapt to, the escalating dangers posed by the climate crisis.

Of those 812 respondents, 365 had city-wide emissions reduction plans in place, a huge increase from 16 in 2010. Bloomberg notes, however, that only 148 had climate plans that “aligned with science-based targets.”

The CDP also found that, since 2010, “the number of cities preparing risk assessments has increased more than tenfold to 478,” with rainstorms, heat waves, and drought the most commonly-cited risks.

But the 43% of cities that have prepared neither risk assessments nor climate plans are projected to be the collective home of more than 400 million people by 2030. And among the cities with plans in place, much more still needs to be done.

“Only 17% of cities are implementing actions across the four areas CDP says have the highest impact when it comes to slashing emissions—building, transport, electricity grids, and waste management.”

Mirjam Wolfrum, CDP Europe’s director of policy engagement, said cities are complex environments, “with very diverse local contexts” that can leave a community pushing hard on one of the key areas while “falling back on others.”

There’s also a serious funding gap. The CDP found that about 50% of the cities surveyed flagged “more than 1,000 climate projects” they would love to undertake—if only they had an additional collective US$42 billion to hand.

Urban jurisdictions are “responsible for about three-quarters of greenhouse gas emissions globally and consume about two-thirds of the world’s energy supplies,” Bloomberg writes.