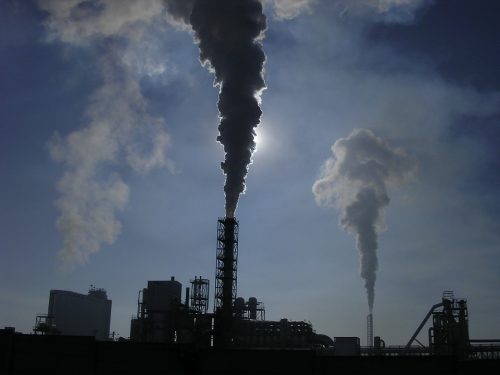 A UK start-up that rates the carbon offset efforts of private companies has found that nearly half of them fall short of their claims.

As more companies pledge net-zero targets, many are embracing the promise of carbon offsets as a means to get there, reports Bloomberg Green. But a lack of transparency and limited regulation to enforce their pledges means that, all too often, the promise is never realized.

Enter Sylvera, a London-based start-up that has set itself the task of doing for carbon offset projects what S&P Global does for debt issuances: push for greater transparency in the carbon offset business through a ratings system.

Out of 35 projects analyzed so far, “nearly half” don’t deliver on their promises, and at least three have “received the equivalent of a junk rating.”

Bloomberg adds that some 40% of the carbon offset programs studied did produce some reduction in carbon emissions, though “not as much as promised by the developer.”

The news agency explains that “the company uses machine learning to analyze data such as satellite images to look at historical land use and assess how a project is performing against the benchmark set by its developers.” Founder Samuel Gill said he hopes the reports will “push more money to the best projects.”

Currently, he added, “nobody can actually tell which projects are real and which aren’t.”

A key challenge for forestry projects has been “having an independent auditor looking at the accuracy and conservativeness of the baseline,” said Gilles Dufrasne, policy officer at Carbon Market Watch. Were such auditors to monitor for things like fire risk, he told Bloomberg, they might be able to “detect reversals that wouldn’t be detected otherwise and bring some independent review of the quality of the project.”

In Dufrasne’s view, it is very likely that the failure rate for offset plans is far higher than the three out of 35 uncovered by Sylvera. Citing recent data from Carbon Plan, Bloomberg notes that offset projects analyzed in California “were overclaiming 30% of their carbon savings,” which in real terms meant that “about US$400 million was paid for 30 million tonnes’ worth of emissions reduction that didn’t actually occur.”

The harm goes further than emissions reduction promises evaporating into thin air, Bloomberg adds. “Because companies buy offsets to negate their own carbon, an ineffective offset that fails to reduce emissions could give the buyer an excuse to pollute more—and cause an increase in overall emissions.”

Sylvera has raised $5.8 million in seed funding, the news agency says, and hopes to rate 150 to 200 projects by the end of 2021. Subscribers to its services receive quarterly updates on their own offset projects.