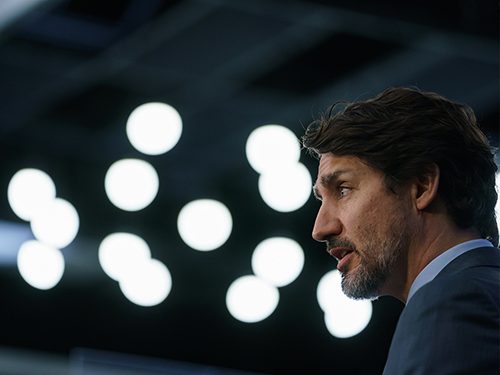 Canada played an important behind-the-scenes role in prodding the International Energy Agency to develop its landmark Net-Zero by 2050 pathway, while the Trump administration would have been in a position to exert outsized influence on the IEA’s governing board to obstruct progress, The Energy Mix has learned.

In the three days since the IEA’s Tuesday morning release, climate policy analysts and campaigners have been absorbing the magnitude of this week’s win. And fossil-dependent governments like Alberta’s have been in the unfamiliar position of trying to dismiss the agency’s analysis, rather than using it to bolster further investment in oil, gas, and coal.

According to participants in a five-year coalition campaign to align the IEA’s analysis with the goals of the 2015 Paris Agreement, Canada was one of several member countries that helped shift the agency’s work in that direction.

“I can say that Canada was reasonably active in pushing the IEA to develop a 1.5°C scenario from quite early on, including ministerial letters to the IEA as well as to peer member states,” said one close observer of the process, who declined to be identified. “So on this front, they have been helpful.”

“There have been governments behind the scenes over the years, requesting that the IEA move in this direction,” agreed Kelly Trout, interim director of Oil Change International’s energy transitions and futures program. Along with Canada, Trout cited Germany, Spain, Denmark, and France, as well as the United Kingdom, which commissioned this week’s net-zero report in its role as president of this year’s United Nations climate change conference, COP 26.

But under the IEA’s arcane rules of operation, The Mix has learned, those countries’ combined influence could have been outweighed by the U.S. government, which holds one-quarter of the votes on the Paris-based agency’s governing board. While no one is saying explicitly that the Trump administration actively obstructed the IEA’s embrace of a net-zero pathway, getting to this point “has not been easy,” Bloomberg Green wrote Tuesday morning.

“For years, environmental groups and climate activists have been demanding the IEA produce a full-scale pathway for getting to net-zero by 2050,” said veteran climate reporters Akshat Rathi and Eric Roston. But “as an agency that only answers to ministers of rich countries, it’s had to wait until the majority of its members committed to that goal, with the U.S.—the IEA’s biggest funder—joining the list last month.”

One analyst said earlier drafts of the report were out for peer review as late as April, and “didn’t actually include any of the language around no new oil and gas builds or coal mines.” So “it was more of a surprise in the lead-up to the report release to find that was actually something they were saying.”

That much more so, perhaps, given that one country, the United States, holds 46 out of 184 votes on the IEA’s governing board.

First adopted in 1974, the 116-page International Energy Programme Agreement [pdf] that guides the Paris-based agency’s operations assigns three “general voting weight” votes to each of its 28 member countries. But after that, the governments divide up another 100 votes based on their oil consumption. The U.S. receives 43 of the oil consumption votes and 46 in total, followed by Japan with 17, Germany with 11, France with nine, and the UK with eight.

Which means that, if a policy matter like the IEA’s net-zero pathway had been brought before the governing board for a decision, the U.S. could have outvoted the six countries Trout identified as net-zero leaders—Canada, Denmark, France, Germany, Spain, and the UK—by a margin of 46 to 44.

That didn’t necessarily mean the IEA staff were waiting for the Biden administration’s blessing. But “I think it is fair to say that the change in the U.S. administration was another opening that made this shift from the IEA more likely,” Trout said. “It’s been years that the IEA has been facing increasing pressure around this, and I think it had come to a breaking point. Not only were a number of the IEA member governments saying they were committed to 1.5°. The IEA was also hearing it from investors.”

With Oil Change’s #FixTheWEO coalition carrying the fight, and international luminaries like former UN climate secretary Christiana Figueres and Spanish environmental transition minister Teresa Ribera turning up the heat, the IEA “finally decided it had to produce this 1.5°-aligned scenario to prove its credibility on climate,” she added.

For its part, the IEA takes pride in what it sees as the independence and transparency of its analysis and has cast the Sustainable Development Scenario (SDS), a secondary energy future that it maps out in its annual World Energy Outlook (WEO), as being compliant with the goals of the Paris Agreement.

For years, however, while the agency styled the WEO as the “gold standard of energy analysis”, IEA-watchers in the climate community and beyond said the agency’s work was being used to justify hundreds of billions or trillions of dollars of new fossil infrastructure, with ample commentary from fossil companies, large investors, and fossil-friendly governments to back that up. The IEA steadfastly maintained that the WEO was a projection, not a prediction, essentially arguing that it was just an unfortunate misunderstanding if decision-makers were assuming otherwise.

But “if you look at oil and gas company annual reports, you’ll see constant references to IEA scenarios, including references to the SDS, claiming that even in the IEA’s climate scenario, we need to keep investing in new oil and gas fields,” Trout said. Now, “there will be a shift. If companies are serious about 1.5°, they’d better adjust their plans to the IEA’s new scenario that actually aligns with that.”

In the immediate aftermath of the IEA release, campaign groups like Oil Change took a victory lap, but still chided the IEA for (even now) understating the potential growth of renewable energy and relying instead on exotic, expensive options like carbon capture and storage. But it may turn out that the shift in the IEA’s modelling approach was just as important as the conclusions the agency reached.

“This is a backcast, not a forecast, and that’s a major shift,” said Ralph Torrie, research director at Toronto-based Corporate Knights. “Asking what has to happen to stay within 1.5°C is a real game-changer. That question makes a world of difference in where you end up, because now you have no choice but to push really hard on anything that will help you get to 1.5.”

Even though the IEA roadmap ends up with some fossil fuel consumption in 2050, the agency’s “path between here and 2030 is all about the options we already have in hand, like energy efficiency and electric vehicles and heat pumps,” Torrie told The Mix. “If you achieved the short-term levels of efficiency and renewables that are in this report, the transition would start to snowball in a way that would shift the need for those longer-term, more expensive, riskier options.”

While the IEA’s analysis “may not recognize the full potential available to reduce energy demand,” added Anna Milner, manager of government and stakeholder relations at Passive House Canada, the report still contains a “recognition of what’s required to achieve our climate targets in the building sector for new buildings and retrofits. It’s also great to see embodied carbon identified as a key area to target emissions reductions.”

Milner said zero-carbon buildings “can and are being built now,” with energy savings of 90% in new construction and 75% in retrofits. “It’s more cost- and energy-efficient to target our end goal as soon as possible, given the time and investments required to transform the building sector and see Canada achieve our targets.”

On The Weather Network, leading U.S. climate scientist Michael Mann and renewable energy researcher Mark Z. Jacobson said the roadmap could and should have pushed all the way to 100% renewables by mid-century.

But “the gap between 100% efficiency and renewables and where the IEA has gone is a lot smaller at this point than the gap between where we are and where they’ve gone,” Torrie said. “They’re aiming for 80% renewables, others are saying 100%, and meanwhile, we’re stuck at 25. So rather than focusing on 80 versus 100, we should be talking about 25 versus either of those numbers. Let’s figure out how we’re going to get on with the next mile, which is the next important one. Because the action items I see in this report are not timid.”