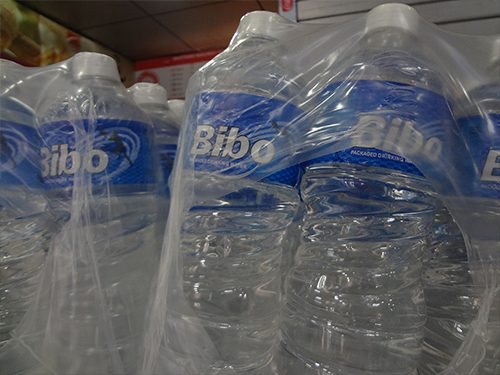 Mere days after Ottawa designated their product as a toxic substance, plastics manufacturers are taking the Canadian government to court—but experts say they are likely to be disappointed.

The Responsible Plastic Use Coalition is arguing that the recent “toxic” designation for plastic manufactured items “is not rooted in science and constitutes significant political overreach,” reports The Globe and Mail.

The coalition, an entity comprising “27 plastics recyclers, manufacturers, and distributors across the country,” together with petrochemical giants Dow Chemical, Imperial Oil, and Nova Chemicals, has requested a judicial review of the claim that plastic is poison, according to a notice filed May 18 with the Federal Court of Canada, t

Plastic producers, together with the Big Oil entities whose survival is increasingly pinned on the fortunes of plastic, are crying foul, arguing that labelling plastics toxic is “an unduly aggressive move that will harm the C$35-billion industry’s reputation and investment prospects.”

They also claim the measure is unconstitutional, since waste management falls under provincial jurisdiction.

Not so, said federal Environment Minister Jonathan Wilkinson. While Ottawa has not yet filed its response to these charges, Wilkinson told the Globe the Trudeau government’s approach to plastics is indeed “based on evidence, facts, and rigorous science.”

“We have a serious problem that requires serious leadership,” he added.

David Boyd, an environmental lawyer who serves as the UN special rapporteur on human rights and environment, called the industry’s claim of constitutional overreach “a desperate ploy to try to delay the inevitable.” He told the Globe the case is likely to be dismissed, especially in light of a decades-long pattern in Canada that has seen the courts uphold Ottawa’s right to take action in the name of the environment and public health.

From the plastics industry’s perspective, however, the designation is ill-considered and duplicitous. “Implying that plastic is not safe for food or our water supply is not only dangerous but completely misleading,” said Stephen Emmerson, CEO of Emmerson Packaging, a member of the coalition and one of Canada’s largest food-packaging companies.

Predictably, Alberta Premier Jason Kenney also weighed in on behalf of hydrocarbon interests, describing the “toxic” designation as “ridiculous” and a “huge federal overreach, which could jeopardize tens of thousands of jobs in a critical industry, right across the country.” He called for the federal government “to take a more rational approach.”

Environmental groups, meanwhile, are defending Ottawa’s move as rational—and decidedly fact-based. Environmental Defence Canada said it’s “shocking that petrochemical and packaging companies are seeking to block the federal government’s crucial step to protect oceans, lakes, rivers, and our health from plastic pollution.” The organization urged Ottawa to pursue a “robust” defence of its position and stay the course on its pledge to ban single-use plastics.

“We are confident that Canadian courts will recognize that the federal government is acting within its rights to list plastic manufactured items as a toxic substance under CEPA,” wrote Karen Wirsig, EDC’s plastics program manager.

News of the court action landed within days of new research showing that “a surprisingly small number of big companies and banks are behind the manufacturing and financing of much of the world’s single-use plastic,” New York Times writes. The new report was produced by Minderoo, an ocean advocacy organization based in Australia, together with academics from the University of Oxford and the Stockholm Environment Institute.

The report found that, based on the most recent accounting, some 20 companies are responsible for 50% of the 130 million tonnes of single-use plastics produced annually. Colossal fossil ExxonMobil and chemical giant Dow are the heaviest hitters, “followed by Sinopec, a Chinese-owned petrochemicals giant, and Indorama Ventures, which is based in Bangkok.”

Providing a sense of all that is at stake in Ottawa’s determination to go forward with its ban on single-use plastics—and in the Alberta premier’s efforts at undermining that effort—the Times notes that “single-use plastic has been a very good business, and that’s projected to continue,” with production capacity forecast to increase 30% out to 2026.

Among the funders behind the plastics boom, the Minderloo report uncovered “some of the most familiar names in finance, including companies that control mutual funds and retirement savings accounts, including Vanguard and BlackRock.” Banks are in on it, too, with Barclays and JPMorgan Chase particularly deep in the plastics game.

Governments are “big stakeholders” too, the Times notes. “About 40% of the largest single-use plastic makers are partly owned by governments, including China and Saudi Arabia.”

On the consumption side, “the average American uses and throws away roughly 50 kilograms of single-use plastic every year. Only Australians currently match American scales of waste.”

At the other end of the spectrum, the average citizen of India uses less than four kilograms of plastic per year.

Alberta Landowners, Taxpayers ‘Left Behind’ by Cost of Abandoned Wells