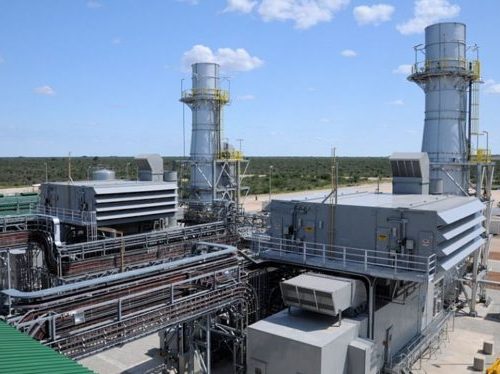 A rush in commercial acquisition of battery storage in Australia may be negating the need for a planned A$600-million gas-fired power plant in New South Wales before the facility is even built.

“Businesses committed to 600 MW of new battery capacity in Australia in the first quarter of 2021 alone, roughly equivalent to the 660-MW gas peaker plant the Morrison government plans for a site at Kurri Kurri,” reports The Sydney Herald, citing data from Australia’s Clean Energy Council (CEC).

The increased interest in battery storage comes on the heels of strong growth in large-scale wind and solar projects, with 14 GW of renewable energy coming online in the country since 2018. The decisive turn to clean energy is occurring in every state and territory in Australia.

Energy Council CEO Kane Thornton told the Herald that while nothing is likely to stop surging investment in renewables, the latest move by the federal government to prop up oil and gas “is not assisting investor confidence.” Citing the CEC’s latest member survey, he added that “unpredictable and unhelpful government interventions in the market” have been flagged as the second-biggest challenge to progress, after problems gaining access to the grid.

Yet Energy Minister Angus Taylor has said the new plant is necessary to lower electricity prices, spur job creation and, in keeping with his administration’s smoke-and-mirrors game of position natural gas as a climate hero, help with emissions reductions the Herald notes.

Taylor also invoked the spectre of power outages, saying the new gas plant will “keep the lights on” after the coal-fired plant it is designated to replace goes offline in 2023.

Not so, said Andrew Stock of the Climate Council. “Any potential shortfall created by the closure of Liddell power station would have been filled by the NSW state government and energy industry’s announced plans to build renewable energy zones and big batteries across the state,” he told the Herald.

Stock also roundly disputed the claim that Kurri Kurri would lead to lower electricity bills, saying that “building a new gas power station in NSW will raise electricity prices for residents and businesses, not lower them.” Because gas is expensive, he noted, “gas peakers that rarely run need to drive up prices to get a return.”

The Kurri Kurri plant would, indeed, be up and running very seldom: only about 2% of the time, according to its own environmental impact statement (EIS). And it could be even less than that, said University of Melbourne energy expert Dylan McConnell. “He noted that Kurri Kurri’s EIS indicated actual capacity use could be just 0.7 to 1.4% of the time if the report’s consumption figures of 0.5 to 1.0 petajoule of gas per year are applied,” the Herald explains.

While the Morrison government has estimated job creation from the plant at 600 during peak construction, other estimates peg it closer to 250, The Guardian reports. Once it goes into operation, the Herald adds, the gas plant will support only 10 full-time jobs.

As for gas plants cutting greenhouse gas emissions, while the IEA only recently called “last drinks on fossil fuels,” as the Herald writes, the New South Wales government is already ahead of the game, with the adoption of its Energy Infrastructure Roadmap late last year. The plan “aims to draw in $32 billion in investment and drive 12 GW of new wind and solar and 2 GW of new large-scale storage into the market.”

With the IEA report (finally) shattering the oft-cited claim that new oil and gas developments do not undermine climate action, the Morrison government is truly becoming a voice in the fossil wilderness.

“Those oil and gas projects that have yet to be sanctioned, including Woodside and BHP’s Scarborough project, Santos’ Narrabri project, and Origin’s Beetaloo project, are simply not consistent with a net-zero-by-2050 pathway,” Dan Gocher of the Australasian Centre for Corporate Responsibility told The Guardian. The IEA report has “enormous implications” for Australian oil and gas interests, he added, from producers to refineries to power plant operators.

Gocher said the IEA analysis also “makes a mockery” of the Morrison government’s promotion of a “gas-fired recovery” from the pandemic, along with “its recently announced subsidies for fuel refineries, and its do-nothing electric vehicle policy.”

Citing recent analysis by the Investor Group on Climate Change, The Guardian says Australia is now “on track to have the most-carbon intensive economy of any major developed country in 2030 after other developed nations significantly increased their commitments to cut emissions this decade.”

7 in 10 U.S. Fossil Jobs Lost in Pandemic May Not Return This Year