Ending Daily Commutes Could Save Canadian Office Workers $3,000 to $6,000 Per Year 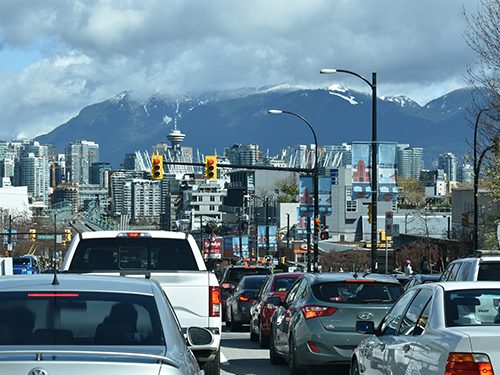 Difficult as it was for many people to adjust to working from home when the COVID-19 pandemic hit—and to absorb the searing realities of who got to stay home and who didn’t—the shift back to regular workplaces may be even more complex.

A recent study by recruiting firm Robert Half International found that one-third of people now working from home would look for new jobs if they were expected to return to their offices full-time, and 51% “prefer a hybrid model where they work partly from home and partly in the office, when needed,” the Globe and Mail reports.

The implications for commuting patterns, congestion, tailpipe emissions, transit demand, and future uses of downtown office space are all beyond the reach of the news story. But the starting point is that many office workers have settled into a new daily pattern that was initially driven by the urgency of a global health crisis.

“I think the office of the future will be an office where people are coming in to drive innovation, drive collaboration, and build that human connection with their colleagues,” Mike Shekhtman, Robert Half’s regional president for Western Canada, told the Globe. “And when an employee has to put their head down to focus on work, I think that’s where they can spend the majority of their time out of the office.”

For employers, “it’ll be a challenge to balance the needs of all of their employees, many of whom will have differing opinions about whether they want to return to the office full time or not,” the Globe says, citing Shekhtman. “Employers will have to consider the ways that some workers benefited with remote work,” with measures to subsidize commuting costs, better support child care needs, and shift work schedules so staff can pick up and drop off their kids at school.

“As tough as being thrust into working from home was, coming back is going to be much harder and more complex,” Shekhtman said.

Certified financial planner Jason Heath said working from home has been most beneficial for white collar office workers—and the greatest financial savings have gone to people who’ve been able to relocate out of large, urban centres like Toronto to more affordable living arrangements. “I think there’s a lot of people who can barely afford to pay their mortgage that, if they were able to move to a lower-cost area, not only might they have a smaller mortgage but they might have extra cash flow for things like saving and investing,” he told the Globe.

How well that works, and how far afield they can move, will become clear over the next year, he added, as companies set new policies on whether staff must live within driving distance of their offices.

With the Canada Revenue Agency estimating a cost of 59¢ per kilometre for people who use their cars for work, putting an end to a 5,000- to 10,000-kilometre commuting distance each year can put C$3,000 to $6,000 into people’s pockets—enough, Heath said, that some home workers might eventually be able to retire early.

“There’s a lot of millennials and Gen X workers that could, in my opinion, really improve their quality of life financially and accelerate their financial independence by taking advantage of working from home,” he said.