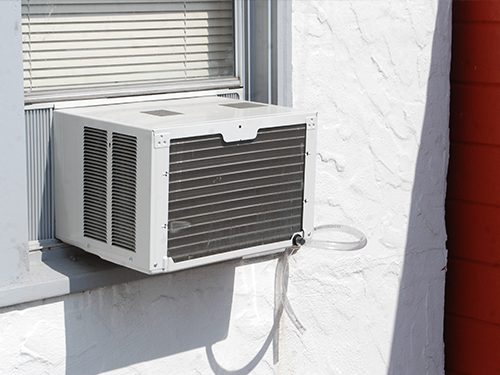 From the Negev Desert to the state of Texas, the private and public sectors are tapping into a previously overlooked source of water: condensate from air conditioners.

Now, rather than simply discarding this condensate, Microsoft is reusing it to further cool the building, and to help irrigate its green spaces.

Already deploying a similar system in offices in the United Kingdom and India, Microsoft is considering expanding its resource-friendly habits even further.

Reusing air conditioner condensate is also very much on the radar in places like Austin, Texas. Mark Jordan, an environmental program manager with the city’s water utility, said increasingly frequent and severe droughts have left the community wanting to expand its water supply by turning “more and more” to different methods of reuse.

“We’re really promoting that as a way to meet water demands for the next hundred years,” he said.

For Austin’s Central Library, condensate reuse coupled with rainwater harvesting and other reclamation methods currently save “some 1.3 million litres per year—enough to meet nearly 90% of the library’s water demands,” CityLab says.

And Austin is planning to help other organizations follow suit. In April, city council approved an incentive program that will grant US$250,000 to $500,000 in funding to commercial developments that can replace large volumes of potable water with reclaimed water. CityLab notes that similar programs are already on the books in San Antonio, Texas, and San Francisco.

There are obstacles, such as daunting upfront capital costs. But the more fundamental drawback, notes CityLab, is that places that are dry and hot—and so could use the extra water—also typically lack the humidity necessary to produce a lot of condensate.

Even so, in places like the Colorado River Basin, which is currently experiencing a “sharply escalating water emergency,” concerned parties are advocating an “all-hands-on-deck” policy.

One of those advocates is Jonathan Bean, a professor at the University of Arizona’s College of Architecture, Planning & Landscape Architecture, whose building already “reuses some 360,000 litres of condensate a year, routing it to a pond and garden.” Bean sees condensate reuse as but one small weapon in fighting the climate crisis—with strategies like reducing building size and rethinking refrigerants holding far more promise. But he does think the process has its place, “even in hot Arizona, which only gets real humidity during a summer monsoon season.”

Keeping a garden green with “a resource that you’re expending a fair amount of energy to generate” just makes sense, he said. “So why wouldn’t you?”