Transition Off Fossils Could Be Cheaper, Faster than Net-Zero Models Assume 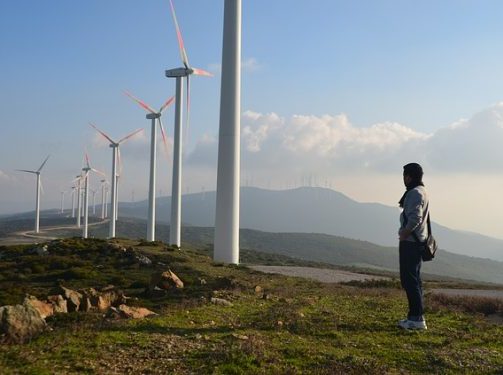 The transition off fossil fuels could be a lot less expensive than standard net-zero models assume, as long as countries speed up deployment rather than waiting for (even) cheaper low-carbon and energy-efficient technologies, concludes a new study in the journal Environmental Research Letters.

The modelling studies used to chart the transition off carbon often “imply that there are benefits in delaying investment in these technologies, waiting instead for [research and development] to drive down costs over time,” study authors Alexandra Poncia, Paul Drummond, and Michael Grubb write in a guest post for Carbon Brief.

But “such models overlook findings from a vast literature showing that the costs of these technologies decline as a result of their use.” That “induced” innovation is already “a clear factor behind the remarkable success of low-carbon technologies,” they write, suggesting that “not only is urgent action essential to facilitate the clean energy transition, but the transition itself may also end up much cheaper than predicted.”

Poncia, Drummond, and Grubb take aim at the integrated assessment models (IAMs) typically used to chart the cheapest path to decarbonization over time—particularly an approach developed by Nobel Laureate William Nordhaus that has been notably influential with his fellow economists.

“Typically, the costs of low-carbon technologies in these models are assumed to gradually decline as they become more mature, primarily as a function of time, but also through policies such as R&D support,” they write. “This means that even though the costs of mature, incumbent [fossil] technologies are usually assumed to stay largely stable, low-carbon technologies remain more expensive long into the future,” leaving the models to attach “a considerable cost” to future decarbonization efforts.

But “while technology cost assumptions may be adequate for mature technologies with well-known characteristics, they can be wide of the mark for immature technologies,” the authors state. “This is evident for solar power, which has already reached costs well below 2050 forecasts from just a few years ago.”

The guest post cites the International Energy Agency’s sudden, recent discovery that fast deployment of cheap renewables constitutes a new normal. But policy analysts and campaigners have been arguing for years that slow, business-as-usual modelling assumptions become a dangerous, self-fulfilling prophecy, delaying the transition off carbon by driving investment toward fossil fuel projects that are destined to become stranded assets in a low-carbon future.

While conventional modelling does a good job of representing the impact of R&D and other “technology-push” strategies in driving down costs, Poncia, Drummond, and Grubb say they’re less focused on the impact of better markets and faster uptake for renewables. Yet “a growing literature argues that accounting for such policies in economic models may produce results that imply earlier, larger-scale investment in low-carbon energy at a lower long-run cost,” they write.

Until now, “efforts to address this problem have been challenged by the disparate, poorly characterized, and often disputed evidence” for those “demand-pull” strategies. But based on a review of 228 journal articles, “we find unequivocally that since the 1970s oil price shocks, innovation in energy technologies has responded to energy prices, large-scale deployment, and strategic low-carbon policies.”

Click here for more on the “demand-pull” factors that can drive faster uptake of low-carbon technologies, and how conventional modelling is missing the message.