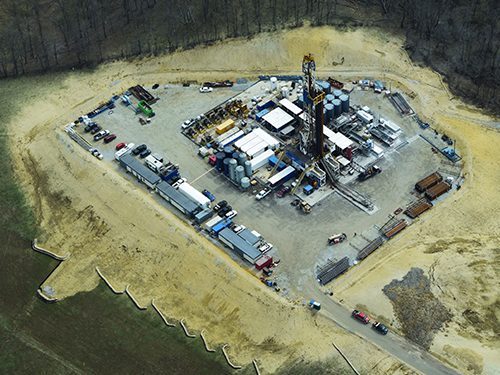 A grassroot group from Ireland is looking for international support to persuade the Irish government to call for a global ban on oil and gas fracking at the United Nations General Assembly in mid-September, just six weeks before this year’s UN climate conference, COP 26, convenes in Glasgow.

“Ireland has not yet agreed to such an initiative, so it is vitally important that the Irish government can witness that this move would have broad societal support,” wrote Johnny McElligott of Safety Before LNG, in a weekend appeal obtained by The Energy Mix. The country is due to publish a written policy against fracked gas imports by the end of this month, after including the measure in its Programme for Government last year.

Organizations can sign the Global Ban on Fracking petition in English, French, or Spanish.

The national government’s commitment so far “demonstrates Ireland’s willingness to tackle powerful fracked gas vested interests head on, and express solidarity and empathy with communities in Pennsylvania, Texas, Northern Ireland, Namibia, Botswana, Argentina, and worldwide affected by, or threatened with, the scientifically-proven harmful process of fracking,” McElligott said. “But we want Ireland to go even further by calling for a Global Ban on Fracking at the UN,” so that grassroot groups will no longer have to “reinvent the wheel each time the fracking companies come into new territories.”

It may be a very long shot, trying to push a notoriously process-driven, global institution to exert pressure on a global climate conference known for moving at a glacial pace—when it moves at all. But the first step is to get a UN member state to propose a resolution, and “Ireland is uniquely well-positioned to lead the effort against fracked gas,” writes Friends of the Earth Ireland, with a “strong legislative ban on fracking” already in place, the import ban coming up, and legislation recently introduced to pull the state investment fund out of fossil fuels.

Building on that history, “Ireland can move very quickly on this because it is possible to bring forward a UN General Assembly resolution at any time,” McElligott told The Mix in an email. Groups lodged the request with Green-affiliated Climate Action Minister Éamon Ryan on Earth Day, April 22, and “as Ireland has already banned fracking, then it would only be calling for the same in a UN resolution,” he added. “If a large number of groups from all over the world sign this petition of support for a UN resolution on banning fracking, it will be a clear message to the Irish government to answer the call that it cannot ignore.”

Once a resolution reached the General Assembly, “a resolution coming from a global-south and a  global-north member state would send a clear message, and we believe that a strong global campaign will deliver at least the 50%-plus majority that we need,” he added. “If groups campaigning for human rights, climate mitigation, environmental protection, and public health engage with this campaign, we have a very realistic hope of success.”

A successful General Assembly resolution ahead of COP 26 “would bring the elephant in the room—which is methane leakage from fracking—front and centre,” McElligott added.

The push for the Irish government to back the resolution “follows on from an open letter to the UN Secretary-General in 2019, signed by over 450 grassroots groups, organizations, celebrities, and scientists from around the world, which demanded that the UN champion efforts to stop fracking,” Friends of the Earth states. “Since then, a core group of these international campaigners has been doing a lot of the background work in finding a Member State that would propose this resolution at the UN,” McElligott explained, while a group of specialists in human rights law prepared a draft resolution that could be presented at the UN. “The next step, which we are at now, is to get Ireland to agree to propose the resolution.”

Despite the focus on international institutions, Safety Before LNG’s motivations are decidedly local as well as global.

“The communities that live in the Lough Allen gas basin in Ireland believe they are not safe until there is a global ban,” McElligott wrote. “The company that initially tried to frack in Ireland has now applied for a fracking licence in Northern Ireland, where legislation to ban fracking has still not gotten across the line.” Despite the national ban in 2017, “our experience fighting the fracking companies over the years has taught us that they will try to come back if they get half a chance, so we all feel under threat. We are not safe until everybody is safe.”

In Canada, Environnement Vert Plus spokesperson Pascal Bergeron said a UN resolution “could be a major game changer, and affect gas pipeline and LNG projects, among others, all across North America.” But not by prompting Prime Minister Justin Trudeau to take a strong stand against fracking at the General Assembly.

“I expect him to say how they can make fracking better and climate-friendly, which will always remain false” when fossil gas “can only contribute to the increase of GHG levels in the atmosphere,” he said in an email Sunday evening.

But “a UN resolution against fracking will put pressure on all heads of state who wish to appear to be making climate their priority. If the UN rules against fracking, Trudeau and [U.S. President Joe] Biden will have to tie their climate commitments to policies of rapid fossil fuel exploitation decline at COP 26.”

Canada Lags on Renewables Due to ‘Disconnect between Ambition and Action’