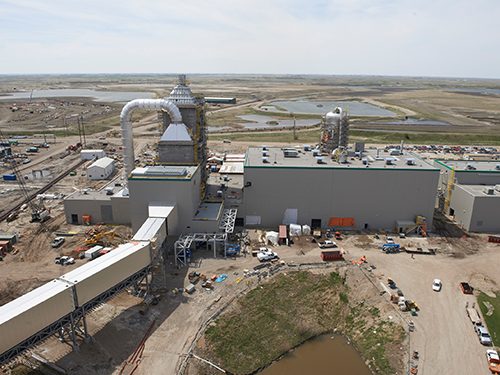 Tar sands/oil sands producer Suncor Energy Inc. is partnering with utility ATCO Ltd. on a “multi-billion-dollar” project to produce more than 300,000 tonnes per year of hydrogen—as long as governments are ready to facilitate the deal, and taxpayers are standing by to help clear some of the financial hurdles.

The Calgary-based companies say the project will help Canada reach its 2050 target of net-zero greenhouse gas emissions—and aid their own GHG reduction goals—by capturing and storing more than 90% of the carbon dioxide produced from the fossil energy they plan to use to make the hydrogen, The Canadian Press reports.

The project would reduce Alberta’s CO2 emissions by more than two million tonnes per year, they said.

“That’s actually one of the joys of this, is that by combining the potential demand on the natural gas system with demand that we have for our refinery in Edmonton, we can actually build at world scale,” said Suncor CEO Mark Little.

“At 300,000 tonnes a year of hydrogen, this is a world-scale project,” he added. “I do think ultimately Canada’s actually going to be a big player in clean hydrogen globally, and I think this is the first big step forward.”

There’s no capital cost estimate yet for the project, but ATCO Chair and CEO Nancy Southern said in a joint interview with Little it will certainly be a “multi-billion-dollar” facility.

The project as presented is a “positive” step by industry, but it’s difficult to weigh its benefit against other choices with the available information, said Chris Severson-Baker, Alberta regional director for the Pembina Institute.

“We really need to find ways to reduce the emissions in a significant way on an absolute basis from oil and gas, and that will either happen through carbon capture and storage like this kind of project or simply reduced production, which is inevitable if the world continues to go down this track of substituting other forms of energy for transportation fuels,” he told CP.

About 65% of the hydrogen would be used by Suncor in refining processes and cogeneration of steam and electricity, reducing emissions by up to 60% at its Edmonton refinery. Another 20% would be added to the provincial natural gas grid to reduce emissions from uses such as home and business heating. The rest will be sold to various users.

CP’s reporting doesn’t refer to the unmeasured methane emissions that could pose a serious problem for production of “blue” hydrogen from natural gas, as Suncor and ATCO are proposing. Methane is the main component of natural gas, and is 84 times more potent a greenhouse gas than carbon dioxide during the crucial 20-year span when humanity will be scrambling to get climate change under control.

ATCO announced a C$6-million pilot project last year to blend about 5% hydrogen into the natural gas stream for utility customers in Fort Saskatchewan, a small city northeast of Edmonton, CP writes. It was backed by $2.8 million in Alberta provincial grants and is expected begin construction this year. The project announced Tuesday would easily supply the blending project, Southern said.

The hydrogen production facility would be located at ATCO’s Heartland Energy Centre near Fort Saskatchewan. It is expected to face an investment decision in 2024 and could be operational as early as 2028.

The partners will be looking for access to provincial and federal financial and other support but say there are many regulatory and fiscal unknowns, such as availability of carbon sequestration rights, emissions reduction compliance credits, regulations to allow hydrogen blending into natural gas, and investment tax credits for carbon capture utilization and storage (CCUS).

CBC says the companies aren’t asking for direct public funding, “but instead a list of regulatory and fiscal policy measures to ensure this type of project would be profitable, from both the provincial and federal government.” Those measures will be “critical” to the project’s financial viability, the companies said.

Bringing the project forward now in the midst of a 90-day consultation period for the CCUS support Ottawa promised in its recent budget is expected to sharpen focus by presenting a “real project” to discuss, Little told CP.

In the budget announcement, Ottawa said captured carbon used for enhanced oil recovery won’t qualify for a proposed investment tax credit. Little said that’s not a problem for the Suncor-ATCO project because the “base case” is to store all of the carbon underground.

Both Alberta Premier Jason Kenney and federal Innovation Minister François-Phillippe Champagne voiced support for the project in a news release.

This report by The Canadian Press was first published May 11, 2021.