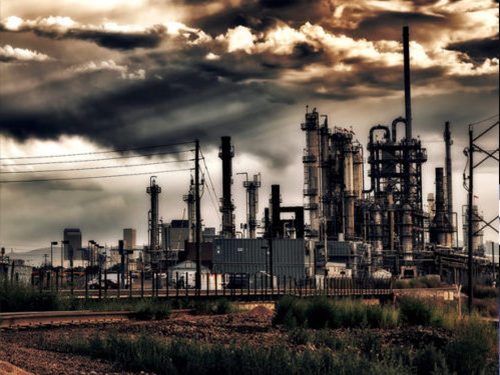 A British Columbia legal research initiative and the UK government might just as well have named tobacco lobbyists to oversee health messaging, after two fossil executives were among 26 “exceptional individuals” identified as Canadian climate champions ahead of this year’s United Nations climate conference, one of the country’s top climate advocates said Monday.

“Emissions from the production of oil and fracked gas are now the fastest and largest growing source of emissions in Canada,” she added. Canada “wants to be a climate leader and is making some headway, but until the Trudeau government acknowledges the need to wind down oil and gas production, growing emissions will cancel out all our progress.”

Berman was reacting to the announcement last week that the 26 climate champions had been appointed for the six-month lead-up to COP 26, due to take place in November in Glasgow. The list was compiled by the Canada Climate Law Initiative, with input from the British High Commission in Ottawa.

The lineup includes Martha Hall Findlay, chief sustainability officer at Suncor Energy, and Suncor CEO Mark Little, a governor on the board of the Canadian Association of Petroleum Producers (CAPP). Suncor is increasing its tar sands/oil sands production, has promised to cut its emissions intensity 30% by 2030, but has “made no commitment to cut its emissions in absolute terms,” Climate Home notes. CAPP “has repeatedly opposed climate policy and lobbied to weaken Canada’s carbon tax on the oil sector,” among many other items.

The issue with looking to fossil companies and their executives as climate champions is also coming into focus in a country that has been a research focus for Berman in recent years. While fossil companies in Norway are planning to electrify dozens of offshore oil and gas platforms, using (nominally) green hydropower in a bid to make the country’s “dirtiest industry as clean as possible,” Bloomberg writes, “the multi-billion-dollar plan will do little to reduce the nation’s overall climate impact.”

The bottom line is that, even if they can reduce their production emissions, fossils everywhere still ship a product that emits carbon pollution when used as directed. When they’re required to calculate those Scope 3 emissions, the results aren’t pretty.

In Norway, the focus on production emissions “will help meet national climate targets, and so allow the lucrative industry to keep pumping fossil fuels for decades more,” Bloomberg says. That approach, “which is mostly funded by the taxpayer, shines a light on how some countries and companies are finding ways to meet their own climate goals without jeopardizing their [perceived] economic interests—and without benefiting the planet much, either. Norwegians may buy more electric vehicles than conventional cars, but the country is a massive exporter of carbon.”