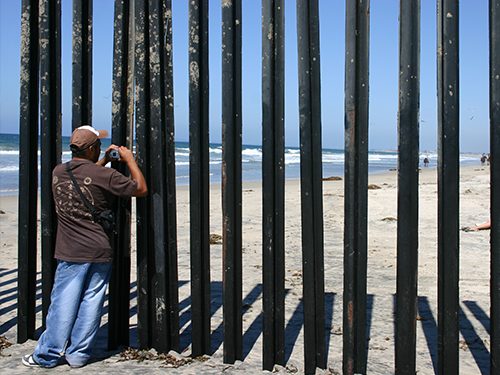 From lawsuits in Arizona to promises by French politician Marine Le Pen to make her country “the world’s first ecological civilization,” the far right is weaponizing the climate crisis to advance its xenophobic agenda, The Huffington Post reports.

On April 12, Arizona Attorney General Mark Brnovich filed a lawsuit seeking to reinstate Trump-era policies on immigration, using an argument that might surprise those familiar with the AG’s long-standing use of climate denial tactics, writes HuffPost. The sudden convert to climate evangelism is charging Biden with failing to conduct “mandatory environmental reviews on how more immigration could increase climate-changing pollution.”

The suit is dressed in a thin veneer of humane rationality. “Migrants (like everyone else) need housing, infrastructure, hospitals, and schools,” it states. “Their actions also directly result in the release of pollutants, carbon dioxide, and other greenhouse gases into the atmosphere, which directly affects air quality.”

HuffPost notes how similar xenophobic rhetoric was used in manifestos written by far-right terrorists before they committed mass murders at two mosques in New Zealand and at a Walmart in El Paso, Texas, in 2019.

“It is shocking to see what was in the El Paso shooter’s manifesto described in more legalistic language in this suit by the Arizona attorney general,” University of Michigan historian Alexandra Stern told HuffPost. “It’s leaning in toward ecofascism.”

Brnovich’s lawsuit is a clear example of how former climate deniers will shift the argument “as warming-fuelled disasters mount and render denial an untenable position,” HuffPost adds.

“As it becomes more and more difficult to deny that climate change is real and human caused, the Republican Party is going to need new strategies, especially if they have any hope of attracting a younger generation,” said John Hultgren, a professor of environmental politics at Bennington College in Vermont.

Such “no more room in the lifeboat” ideology has already gained considerable traction in Europe, with politicians on the far right “increasingly adopting that rhetoric as voters’ concern over climate change converges with anger at migrants.” HuffPost says Marine Le Pen—“now a frontrunner in France’s 2022 presidential election”—has pledged to “remake Europe as ‘the world’s first ecological civilization’ and railed against ‘nomadic’ people who ‘do not care about the environment’ as ‘they have no homeland’.” Germany and Italy have likewise seen movements within far-right parties—particularly among younger members—to abandon climate denialism in favour of anti-immigration ecofascism.

Hultgren, however, cautioned against using such a term to describe Brnovich’s Arizona lawsuit, noting that doing so frames the ideology as something “outside the American political norm.”

The truth, HuffPost writes, is that homegrown varieties of this ideology have been around for a long time. As an example, Hampshire College researcher Betsy Hartmann pointed to the Tanton Network, “a collection of more than a dozen anti-immigration groups” founded by a wealthy Michigan ophthalmologist who believed that “to protect both nature and the nation, one must preserve white supremacy by keeping immigrants out.”

Tanton was also the founder of the Center for Immigration Studies, a think tank that is now praising the Arizona lawsuit as “an important stand for the American environment,” notes HuffPost. Julie Axelrod, the centre’s litigation director and a former adviser to Donald Trump’s Environmental Protection Agency, was a pioneer in the strategy, having launched a lawsuit against the Department of Homeland Security during the Obama administration. As displaced villagers from Guatemala, Honduras, and El Salvador sought refuge (or at least a thin chance of it) from extreme drought, she accused the department of violating “our nation’s preeminent environmental law, the National Environmental Policy Act (NEPA), by completely failing to perform environmental analysis of its legal immigration and amnesty policies, which have directly led to the entrance and permanent settlement of tens of millions of foreign nationals to the United States.”

Whatever the  outcome of the Arizona lawsuit, one thing is clear, Stern said: “Rhetoric that identifies certain groups of people as pollutants is dehumanizing, and dehumanization is a key component and often the first step toward greater violence toward those groups.”