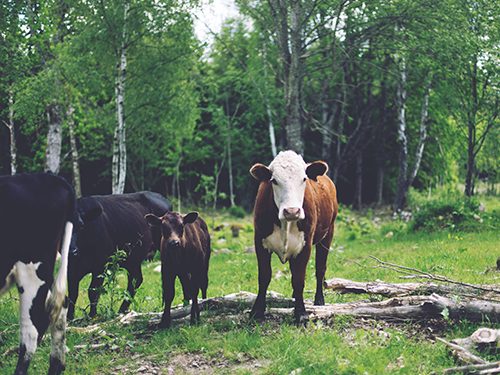 The Jair Bolsonaro government in Brazil is once again risking international boycotts in response to a rainforest-imperilling law, as a new study confirms that the Amazon has become a net carbon emitter for the first time in recorded history.

Less than a year after Bolsonaro tried to push through his internationally condemned “land-grabbers charter” and British grocers like M&S, Tesco, and Sainsbury’s pushed back with boycott threats, the very same scenario is unfolding once again, reports The Independent.

The three big retailers, together with some 37 other signatories from across the grocery supply chain, have delivered their second open letter to the Brazilian government warning against of law that could allow more tropical rainforest to be cleared for agriculture and livestock production.

The signatories are particularly concerned that the new bill—which, like the previous one, would “confirm the transfer of public land occupied by private individuals or corporations since 2012,” reports CGTN—will effectively give amnesty to all who have broken existing laws against land grabs and illegal logging in the past decade. That would further embolden operators looking to profit at the expense of the rainforest.

Conservationists say that the law will lead to reverberating environmental and societal harm. “It will make it harder to meet international targets to tackle climate change, as forests are huge carbon stores, and undermine the rights of Indigenous communities in the region,” The Independent writes.

Citing the “extremely high levels of forest fires and deforestation in Brazil” over the past year, the signatories say the new law awaiting a vote by Brazilian lawmakers could pose “potentially even greater threats to the Amazon than before.” If Brazil goes ahead, the British companies warn, “we will have no choice but to reconsider our support and use of the Brazilian agricultural commodity supply chain.”

Mike Barrett, executive director of science and conservation at WWF-UK, said it’s “encouraging” to see major businesses sound the alarm over threats to the Amazon. He told The Independent Bolsonaro’s proposed law will “fuel further destruction and place greater risk on the lives of the people and wildlife who call it home”—and on everyone else, too.

“We cannot fight the climate crisis without the Amazon, yet its future hangs in the balance as deforestation pushes it closer to the point of collapse,” he said.

The news on Bolsonaro’s latest legislative assault on the Amazon comes just a few days after a study in the journal Nature Climate Change offered further frightening evidence of the need to protect—and restore—the forest widely known as the “lungs of the Earth”. The Guardian reports that, between 2010 and 2019, the Brazilian Amazon gave off 16.6 billion tonnes of CO2, “while drawing down only 13.9 billion tonnes.” Global emissions exceeded 40 billion tonnes in 2019.

“We half-expected it, but it is the first time that we have figures showing that the Brazilian Amazon has flipped, and is now a net emitter,” said study co-author Jean-Pierre Wigneron, a scientist at France’s National Institute for Agronomic Research. “We don’t know at what point the changeover could become irreversible.”

The study found that deforestation, through a combination of illegal fires and clearcutting, “increased nearly four-fold in 2019.” Bolsonaro became president of Brazil at the beginning of the same year.

Using new methods to analyze satellite data, the study also found that degradation “caused by fragmentation, selective cutting, or fires that damage but do not destroy trees” generated “three times more emissions than outright destruction of forests” over the 10-year study period.