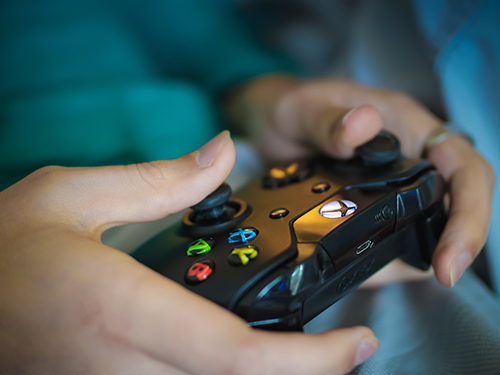 After years or decades of treating nature as a backdrop for its virtual landscapes, the US$140-billion global gaming industry is bringing climate and other environmental issues to the foreground, just as a United Nations report identifies video games as an important influencer in raising environmental awareness.

“The report describes the reach, creativity, and problem-solving ethos of the gaming industry as an ‘untapped resource for encouraging engagement in environmental issues’,” Deutsche Welle reports. That’s after a 2019 meeting where the UN Environment Programme convened 21 companies—including Sony Interactive, Microsoft, and Google—in the Playing for the Planet Alliance, an attempt to “unlock the potential of gaming to tackle environmental issues.”

With an estimated 2.6 billion users around the world, the industry generates more revenue each year than Bollywood, Hollywood, and recorded music combined, DW says. And the news story points to some specific games that connect those users with different environmental issues. In Beyond Blue, a near-future ocean adventure game, players make their way through scenes that include footage from a BBC nature documentary, gaining real-life insights from marine biology, oceanography, and ocean exploration, In Bee Simulator, “players become bees, buzzing through the microworld of their declining population,” where “the fate of the family lies on the player’s wings when people decide to destroy the tree that holds the hive.”

The trend also extends to some of the bigger hits in the gaming world. In Minecraft, with 200 million copies sold, a Climate Hope City map “invites players to explore real-world green solutions” like vertical farms and green energy. Meanwhile, the ever-popular Sims recently introduced an Eco Lifestyle expansion pack.

Alan Gershenfeld, a co-founder of E-Line Media, the company behind Beyond Blue, told DW he wanted to create a strong protagonist who would serve as a role model for players to connect with and look up to.

“The more gamers care about the ocean, the more they want to explore the ocean, avocationally or as a career,” he said. “I believe that’s a key step towards ocean preservation.”

“Games force us to interact with the system, and they produce feelings,” added Alenda Chang, author of a book on ecology and video games. “Players do things and can feel guilty because of their choices. Or they can feel the flash of success when things work out in the game.”

Chang traced the trend toward environmental storylines to the needs and interests of younger players as well as the interests new game designers bring to their work. “Young people see climate change as something that informs who they are as individuals,” she said. “Organically, what’s happening is that this new wave of game designers is bringing these interests with them.”

DW digs into the e-waste and carbon footprints of gaming itself, citing 2012 research by the U.S. Lawrence Berkeley National Laboratory that showed gamers with personal computers consuming 75 billion kilowatt-hours of electricity per year. A follow-up study, last updated in 2019, showed the average high-end gamer consuming 1,250 kWh per year. Other studies have tracked the carbon footprints of multi-gigawatt game downloads and cloud gaming platforms.

“We already more or less have a connection in our heads that eating meat is bad for the environment. But we don’t have the same thinking for a game stream in 4k,” Chang said. “This mindset needs to be translated over to gaming, too.”