In Conversation: Ottawa is Continuing Its ‘One Eye Shut’ Climate Policy, Carter and Dordi Say 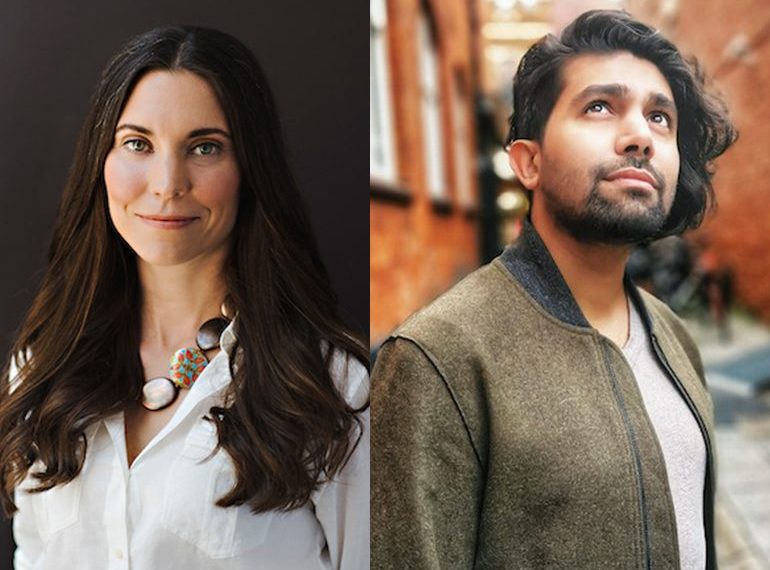 Angela Carter is a political science professor and Truzaar Dordi is a PhD candidate in climate finance at the University of Waterloo. In this interview, they explain their research showing that the fossil fuels Canada expect  to extract until 2050 would soak up a full 16% of the world’s remaining carbon budget, and talk about what climate policy would look like if Ottawa weren’t formulating it with one eye shut.

The Mix: We keep hearing that Canada represents only a small percentage of global greenhouse gas emissions. How did you conclude that our projected emissions add up to 16% of the remaining global carbon budget?

Truzaar Dordi: The statistic we most frequently hear is that Canadian emissions make up 1.6% of total global emissions. But Canada’s contribution to global emissions is actually much larger if we account for the significant climate impact of our oil and gas exports. We wanted to correct that common misconception.

Angela Carter: The calculation is actually pretty straightforward, but we triple-checked it with our colleagues, because this is a controversial point in the Canadian context. We took the Canada Energy Regulator (CER)’s Evolving Scenario for projected oil and gas production to 2050—and that choice was important, because the Evolving Scenario assumes climate policy will strengthen over time. The reference projection, the traditional baseline, would have shown even higher production levels. So we started from a conservative estimate of production.

And what we found is that over the next three decades, the Government of Canada anticipates the country will produce more than 60.5 billion barrels of oil and an additional 187 trillion cubic feet of natural gas. We then applied the U.S. Environmental Protection Agency’s standard emission factors associated with the consumption of that oil and gas, calculating how much carbon dioxide will go into the atmosphere after it’s burned and consumed. Those emission factors are also conservative because Canada’s oil and gas sector has a higher emissions intensity, and they leave out fugitive methane emissions, which we don’t do a very good job of measuring in Canada.

On this basis, we calculated that Canada’s oil and gas production would result in 36 gigatonnes of carbon dioxide through 2050. New research indicates that the global remaining carbon budget is 230 billion tonnes—this would give us a 67% chance of keeping within a 1.5°C temperature rise. So the oil and gas Canada anticipates producing in the next 30 years would take up 16% of that remaining carbon budget.

The Mix: How does that match up with Canada’s fair share of the remaining carbon budget?

Carter: If you base it on population, it’s roughly 0.5%. But from a distributive justice perspective, we could argue that since Canada has been a significant historical emitter, in great part due to decades of extracting oil and gas, and we ought to leave space for other countries. That makes our fair share of the global carbon budget even smaller.

The Mix: To what extent does the Evolving Scenario become a self-fulfilling prophecy, with fossil executives using the projection to justify their expansion plans and investors taking their word for it?

Dordi: Even in a scenario that assumes global action on climate change, the CER sees fossil fuel production peaking only in 2039, and Canada producing more fossil fuels in 2050 than we did in 2019. So that’s not a responsible solution. And based on that, of course, fossil fuel companies have permission to keep expanding oil and gas production, and the level of production will be supported by the federal government through technologies like hydrogen and carbon capture and storage (CCS). It also legitimizes status quo business plans that don’t necessarily align with the low-carbon transition.

The Energy Mix: Why has it been so hard to bring this topic to the surface in Canada?

Carter: In Canada there is a well-organized, well-resourced effort—led by fossil fuel companies and their lobby groups that are also intimately connected with the finance sector—to block government climate action and ensure fossil fuel production continues and expands. The Corporate Mapping Project has been studying this network and how they’ve worked to hobble climate policy for decades.

We saw evidence of this effort over the last year. Between March 2020 and March 2021, the number of contacts between the fossil fuel sector and various federal departments and officials was just astounding, at 4.5 contacts per working day. That gives a flavour of the kind of resources, capacity, and access these actors have. They’re not interested in climate action. Rather they are demanding government support and a rollback of regulation that constrains extraction.

The Mix: Are there other ways to construct an energy futures scenario that drives toward the rapid decarbonization path we need and want?

Carter: Absolutely. The Production Gap report developed by leading international climate research institutes is one great model. They estimate that global fossil fuel production must decrease by an average of 6% per year from 2020 to 2030 to align with a 1.5° pathway. That’s a global average. Canada’s fair share, or the rate at which our production must wind down, could be greater, given the emissions intensity of our fossil fuel reserves and other factors.

The principle of a globally equitable fossil fuel wind-down also puts the onus on countries to lead the process if they meet certain criteria: if they’ve benefited historically from fossil fuel extraction, made a significant contribution to global emissions, have the financial capacity to make the transition, have carbon-intensive fossil fuel reserves, or have front-line communities that are contesting fossil fuel extraction or transportation. Canada is clearly in the running to lead the wind-down. At very least, the Canadian government has to start modelling a gradual phaseout that aligns with climate science and a climate-safe future.

Dordi: Canada is ignoring restrictions on fossil fuel supplies and consequently looking at climate policy with one eye shut. But any effective climate solution must have restrictive supply-side as well as demand-side policies. It has to cut with both arms of the scissors. Banking on technologies like hydrogen and CCS without complementary supply-side restrictions is particularly concerning when those solutions will facilitate increased fossil fuel production over the next decades.

The Mix: How well did last month’s federal budget address the issues you raise in your analysis?

Carter: A lot of money has been announced for a green recovery fund. But much of that funding is for tax incentives or direct investments for technologies like CCS, and we’ve discussed some of the problems with that. So it’s a continuation of Canada’s one-eye-shut climate policy. There’s nothing to indicate that we’ve turned the corner and opened up that eye to fossil fuel supply.

If we had seen the cancellation of fossil fuel subsidies and supports, if we had seen the federal government implement a just transition for fossil fuel workers and communities, if they had announced a 60% reduction in emissions by 2030, that would have been a more credible climate policy. But we’re not there yet. Any climate policy for Canada has got to have a strategy to rein in oil and gas emissions, and that requires bending the production curve. The oil and gas sector must stop expanding, and we need to start a managed, gradual wind-down of production.

The Mix: You suggest a series of steps the federal government can take to begin limiting fossil fuel production. What will it take to mobilize broad community support for specific, sometimes technical climate policies, building on the general concern about climate that we see in public opinion polls?

Carter: Focusing on fossil fuel supplies, on supply-side climate policy, resonates with the public, and one of the reasons is that it aligns with citizens’ sense of justice, of what’s right. The local impacts of oil and gas production are obvious—the health impacts, the breaches of human rights and Indigenous sovereignty, the environmental degradation. Canadians see and experience these things; they know them first-hand.

Confronting fossil fuel production to address the climate crisis makes sense to citizens as well. Most people in Canada recognize that the oil and gas sector is a large and growing source of emissions. The problem is clear, and the solution is also clear: We need to wind down production. Supply-side climate policy is ultimately about preventing those activities that cause the climate crisis, about preventing oil and gas firms that have benefited from this for decades from doing more harm. People around the world and here in Canada understand the need to correct this injustice. That is why we’ve seen the rise of social movements confronting fossil fuel projects and pressuring governments to do the same.

Dordi: Another issue that resonates across political lines and communities is the need to remove fossil fuel subsidies. The Liberal government ran on that platform in 2015, and as of right now Canada is still one of the worst in the G7 at phasing out support for the oil and gas industry, and on public disclosure and transparency. The Government of Canada provided at least $18 billion in public financing and tax expenditures for fossil fuels in 2020, compared to $2.8 billion gained in carbon tax revenue in 2019. So that raises the question: Do we have a polluter-pay system here, or do we pay the polluter? Canadians will be increasingly concerned about how this is unfolding.

The other issue of growing public concern relates to fossil fuel financing. The Canada Pension Plan and the Big Five banks have lent about $726 billion to fossil fuels globally since 2016. The CPP has maintained its holdings despite evidence that they’ve lost quite a lot of money on those investments. Those institutions are risking Canadians’ hard-earned savings and retirement accounts on a dying industry. In so doing, they’re either betting billions on fossil fuel companies overshooting their carbon budgets, or they are risking their assets. So increased regulation of fossil fuel investments would be well received by Canadians.