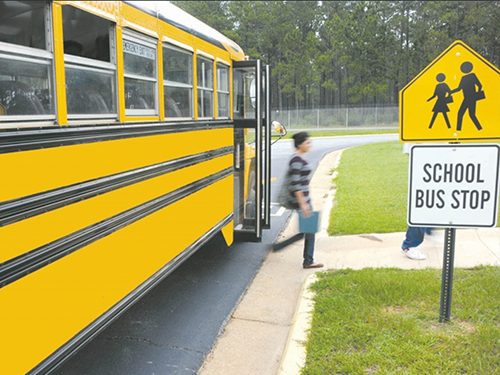 An energy management company in Baltimore and a fleet operations company from California are looking to electric vehicles as “mobile microgrids” to help utilities balance renewable energy supplies with customer demand and reduce the need for peak power.

CPower Energy Management and Amply Power are poised to “offer huge potential to reduce peak usage through demand response programs that also yield income,” Microgrid Knowledge reports. “In the first project, which will launch this summer, the partners will work with Logan Bus, the largest school bus provider for the New York City Department of Education, with Amply managing the company’s electric bus chargers and CPower offering demand response from the chargers to the grid during peak hours.”

Demand response is a common utility practice that allows large power users to cut their electricity consumption when demand across the grid—and resulting electricity prices—are at their highest. The users are compensated for the inconvenience, and the grid gains by “shaving” peak demand that would other require it to use its most expensive (and non-renewable) electricity sources.

That’s just one of the challenges grid operators and their customers will have to address as electricity replaces fossil fuels for a wider range of uses. “As the move to transportation electrification continues, electric bus depots will create challenges for the grid through their power draws,” Microgrid Knowledge explains, citing CPower Senior Vice President Matthew Sachs. “It’s estimated that [U.S.] commercial fleets will increase to eight million electric vehicles by 2030, boosting power consumption by up to 230 terawatt hours per year,” or about 6% of the country’s current electricity generation.

But Amply CEO Vic Shao said fleet operators can reduce their draw on the system, just by managing their chargers. Amply customer Anaheim Transit “has 46 fast chargers in one location, with a load of 4.8 megawatts,” Microgrid Knowledge says. “By ensuring buses aren’t all charged at the same time, Amply will limit the electrical draw at any one time to 2 MW.”

Fleets lend themselves to the kind of planning grids need because the vehicles’ use is predictable, the news story adds. “We know when buses will drop off kids and when they sit,” Sachs said. “Most of the time, they’re sitting. These are like mobile microgrids to help balance the grid.”

The typical school bus is driven about 60 miles/96.5 kilometres per day, and can make power available to the grid when demand is rising. “A school bus might return to a depot around 11 AM to charge when people are turning on air conditioners,” Microgrid Knowledge writes. “At that point, the grid needs more energy. Utilities and grid operators could acquire the energy from peaker or other polluting plants—or they could acquire it from clean distributed energy resources such as bus chargers.”

“The bus will stop charging or charge more slowly, using less energy,” Sachs said. “Multiply that by lots of buses.”

While the CPower-Amply partnership focuses on fleets, Popular Science is onto a similar deal for private electric vehicle owners looking for a better way to power assorted electronic devices and gadgets. “Hyundai’s upcoming Ioniq 5 crossover packs a fascinating, handy feature that’s rare among electric vehicles,” the site reported earlier last month. “It’s called bidirectional charging, and it allows its owner to share the vehicle’s battery power with just about anything that can plug in to a wall.”