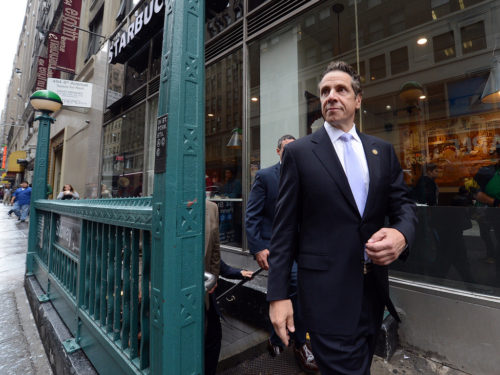 While Governor Andrew Cuomo’s recent US$212 billion budget—the largest in state history—is “loaded with progressive wins, including billions in new school funding, relief for undocumented workers, and rental assistance,” it is notably lacking in any dedicated monies for the Climate Leadership and Community Protection Act (CLCPA), writes Grist. That act, passed in 2019, committed New York to be net-zero by 2050, and 100% powered by renewables by 2040.

The budget did push forward one measure that could generate new climate revenue: a ballot measure for a bond issue that, if passed, would allow New York “to borrow $3 billion for projects related to natural resources, mostly for flood resilience, land conservation and recreation, fish hatcheries, and wildlife habitats.” Grist adds that a “smaller share” of that funding “would go towards climate change mitigation, including $350 million for retrofitting buildings.”

While lawmakers say the lack of funding for climate action owes to uncertainty over how much investment is needed and where the money will come from, policy-makers aren’t running entirely blind. Grist cites a 2017 University of Massachusetts-Amherst study finding that total annual investment (both public and private) “will need to average 2% of state GDP over the next nine years if New York hopes to inch its way toward carbon neutrality.”

The study authors further projected that the state “will need an annual investment of about $31 billion per year in combined private and public spending to bring CO2 emissions down to 100 million tonnes by 2030.”

Digging into the complexities of decarbonization funding in New York, Grist explains that such funding to date has come not from the state budget, but from the New York State Energy Research and Development Authority (NYSERDA), which itself draws funds from utility ratepayers, along with cap-and-trade revenue from the Regional Greenhouse Gas Initiative (RGGI).

But NYSERDA’s expenditures—stagnant at $1 billion since before the passage of CLCPA—are far below what is required, Grist says. Worse, the state regularly siphons from RGGI funds to support its general operating budget.

A key factor in this lack of state-level support is a failure by progressive coalitions to “push hard enough for climate funding,” despite seeing success from their efforts in areas like education.

“I spent many months having meetings with groups calling for new revenue, taxing the rich for a master list of things that they wanted the money for, and it was not for this purpose,” said State Senator Liz Krueger, chair of the Senate Finance Committee.

State Senator and Democratic Deputy Majority Leader Michael Gianaris placed some of the blame on himself and his fellow legislators. “We had to fund education, we had to fund rent relief, we had to provide small business relief,” he said. “We did reauthorize the bond act to be put to referendum, which could certainly help… But we didn’t do nearly enough.”

Further hampering New York’s climate goals is too many portfolios placed on too few people.

“The Climate Leadership and Community Protection Act falls under the purview of the Department of Environmental Conservation, or DEC,” explains Grist. That agency is already “tasked with land acquisition, water infrastructure and treatment, pollution mitigation and cleanup, and a host of other environmental responsibilities.”

And while “DEC’s duties have mushroomed in recent years,” the publication adds, its staff and operating funds have actually shrunk, with full-time positions declining by 20% between 2008 and 2020 and spending on operating costs dropping by 22%.

As for how environmental advocates within the state legislature are hoping to fill the gap between CLCPA ambitions and the current levels of climate spending, Grist reports that the yet-to-be-introduced Movement for a Green New Deal “would look to haul in an estimated $10 billion to $12 billion per year from New York’s richest individuals,” while the recently introduced Climate and Community Investment Act “would aim to raise $15 billion each year from polluters by charging a fee of $55 per tonne of fossil fuel emissions, making dirty energy sources less competitive.”

And then there is the power of the market. Grist says state finance chair Krueger is not only “bullish on renewables”, but also “optimistic that renewable prices are coming down so quickly that private industry will lead the way toward decarbonization.”