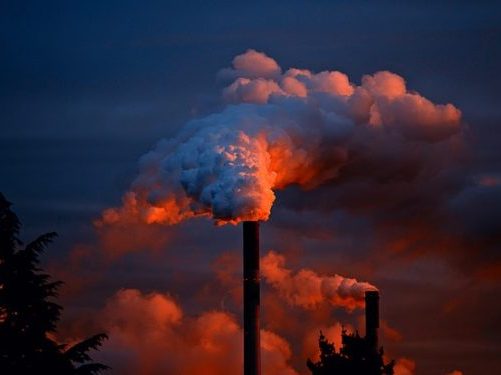 Canada’s 2030 carbon reduction target is still “insufficient”, the 50% cut promised by United States President Joe Biden is enough to trim average global warming by 0.2°C, and the combination of rich nations’ climate promises to date points toward a 2.4°C world, according to the latest batch of analysis released this week by the Climate Action Tracker (CAT).

The forecasts from the Tracker, a non-profit collaboration launched in 2009 by Climate Analytics and the NewClimate Institute, “are necessarily uncertain, but the figures give an idea both of the importance of the contribution by the U.S.—the world’s second-biggest emitter—and other rich nations in setting fresh emissions targets, and of how much more remains to be done to meet the Paris goals,” The Guardian reports.

“Tougher targets from China, the world’s biggest greenhouse gas emitter, and other countries will be needed to keep the Paris goals within reach,” the paper adds, at a time when most countries’ climate policies are “lagging well behind” their carbon reduction targets.

The Tracker contains a stark assessment of the new carbon reduction target of 40 to 45% by 2030, announced by Prime Minister Justin Trudeau during the White House Leaders’ Summit on Climate April 22.

“While the target is stronger than its predecessor, Canada’s ‘Insufficient’ CAT rating would only change if the country ditched the less ambitious end of its target range,” the Tracker states. “Moreover, Canada’s climate plan to cut emissions, updated last December, will not reduce emissions enough to meet these new targets, nor will the further measures outlined in the 2021 Budget, released earlier this month, so further policy action is needed.”

Climate campaigners have been calling on the federal government to commit to a 60% “fair share” target for emission reductions by 2030.

While this week’s assessment gives Canada points for committing to a stronger, fixed target that spans the entire economy and aims toward net-zero emissions, it concludes that the country’s official Nationally Determined Contribution (NDC) under the 2015 Paris Agreement is not aligned with a net-zero target, and lacks additional supporting targets that would bring it closer to Paris compliance.

Since “Canada does not have a great track record with meeting targets,” the Tracker adds, “developing and implementing a plan to meet the new targets is critical to its credibility.” It encourages the country to “further strengthen its NDC target” ahead of this year’s United Nations climate conference, COP 26, in Glasgow, “to put it on a path” to net-zero target 1.5°C compatibility.

The Guardian notes that major emitters like China, India, New Zealand, Saudi Arabia, South Korea, and Turkey are among the “scores of countries” that have yet to submit revised NDCs to the UN climate secretariat. That means their updated pledges are not included in the Tracker’s 2.4°C projection of future warming.

“Countries responsible for about half of global emissions have submitted NDCs so far,” the paper writes. “But many are under pressure to toughen them, as some are regarded as too weak, including Australia, Russia, Mexico, and Brazil.”

Both of the partner organizations behind the Climate Action Tracker stressed that this is the moment for countries to show greater ambition.

“It is clear the Paris Agreement is driving change, spurring governments to adopt stronger targets, but there is still some way to go, especially given that most governments don’t yet have policies in place to meet their pledges,” said Climate Analytics CEO Bill Hare. “Governments must urgently step up their action.”

“Only if all governments flip into emergency mode and propose and implement more short-term action [can] global emissions still be halved in the next 10 years,” agreed NewClimate Institute founder Niklas Höhne.