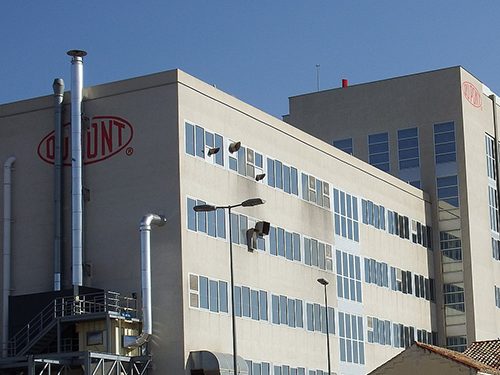 The Canadian government is facing a lawsuit and accusations of hypocrisy after allowing chemical giant DuPont an extra two years to comply with restrictions on hydrofluorocarbons (HFCs), just as the Biden administration in the United States announces swift action to reduce emissions of the climate-busting greenhouse gas.

The companies are pointing to Canada’s role in drafting and gaining passage of the 2016 Kigali Amendment, hailed at the time as a landmark international agreement that would be sufficient on its own to reduce future global warming by 0.5°C—or 1.0°, with additional improvements to air conditioning systems. At the time, Project Drawdown was listing the elimination of HFCs in first place among its top 100 climate solutions, capable of reducing atmospheric greenhouse gases by the equivalent of 89.7 billion tons of carbon dioxide by 2050.

“Canada played a leadership role internationally in proposing and contributing to the adoption of the Kigali Amendment to phase down HFCs,” the Environment and Climate Change Canada website states. “Subsequently, Canada was among the first countries to ratify the Kigali Amendment and was active in encouraging others to do the same. Partly thanks to Canada’s efforts, by November 2017, a sufficient number of countries had ratified the Kigali Amendment to ensure its entry into force on January 1st, 2019.”

The Post says the Soprema-Honeywell dispute “has been percolating for months as the companies protest to Environment Minister Jonathan Wilkinson and Prime Minister Justin Trudeau.” Ironically enough, it focuses on a product that is a standard tool in the home energy efficiency toolbox. “In particular, the companies are protesting an exemption handed to their competitor DuPont to continue producing and importing thermal insulation products that use hydrofluorocarbons.”

Honeywell says the two-year exemption will allow DuPont to emit the equivalent of 1.8 million extra tonnes of carbon dioxide.

“Both the federal government and DuPont argue the court case is without merit, and say the exemption permit was lawfully given out to allow DuPont more time to comply with the HFC regulation, which took effect January 1,” the paper adds. “Other companies including Owens Corning were later given exemptions and are the subject of other court filings by Soprema.”

“By allowing the Competitor to continue using HFCs, the Minister has rendered a decision which has unreasonable and deplorable consequences,” the company said, in a March 15 Federal Court filing that was subsequently translated from the original French. DuPont said it would fight Soprema’s court application, and ECCC said it’s still meeting its international obligations on HFCs, since the January 1 regulation exceeds the Kigali standard.

“The objective of the essential purpose permit provision is to provide flexibility in recognition of the challenges that some companies in a specific sector may face in developing and producing compliant products,” a spokesperson told the Post. “ECCC expects applicants to demonstrate that efforts are being made to find an alternative, including mitigation measures to reduce the environmental impact if possible.”

The Biden administration’s new regulation, meanwhile, “would begin to take effect in 2022 and would gradually reduce the production and importation of hydrofluorocarbons in the United States by 85% over the following 15 years,” the Times says. “About 15% of HFCs would still be permitted because they have critical uses for which alternatives do not yet exist.”

The rule would cut emissions by the equivalent of 4.7 billion tonnes of CO2.

“This is incredibly significant,” Kristen Taddonio, a senior climate and energy advisor with the Washington, DC-based Institute for Governance and Sustainable Development, told the Times. “By taking fast action on these short-lived climate pollutants, of which HFCs are the most potent, we can buy ourselves some time and actually help avoid climate tipping points.”