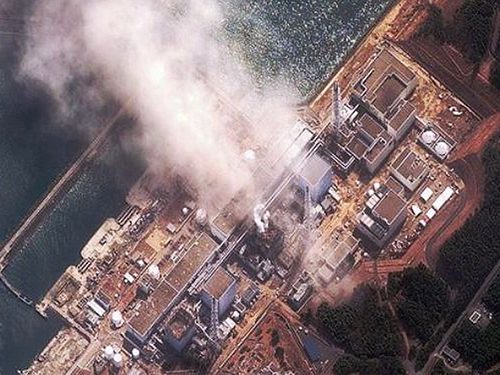 A decade after the nuclear disaster at Fukushima, an entrenched reluctance to embrace renewable energy—fostered in part by utilities anxious to maintain their dominance—may be giving way, slowly, to a new dawn for green energy in Japan.

The tragic events of March 11, 2011, when a tsunami led to a catastrophic triple reactor meltdown that “displaced 160,000 people and created radioactive no-go zones that may last for a generation,” did not, as one might expect, galvanize Japan to embrace energy independence through renewables, writes Inside Climate News.

Working particularly fiercely against such a shift were state utilities, determined to protect their turf in the face of shrinking demand, tighter restrictions, and regulations focused on breaking their monopoly.

Yet, slowly but surely, those status-quo defenders began to lose ground to new electricity providers.

“Before the disaster, the country had planned to increase nuclear generation by two-thirds, develop technologies that slashed emissions to zero from burning coal, and increase energy efficiency to cut greenhouse gases,” writes Inside Climate. “But the prospect of a new Democratic administration in Washington and its expected push of green policies, along with other nations’ setting of net-zero goals for 2050, forced Tokyo’s hand. It announced more aggressive climate and energy plans, including for expanding renewables, late last year.” [Make that somewhat more aggressive—Ed.]

Working in the utilities’ favour, however, has been “an archaic mindset that doubted a higher proportion of renewables could smoothly integrate into the grid and a clinical obsession with the stability of the gold-plated electric system.” That set of attitudes has left new solar and wind operators feeling decidedly second class in terms of connecting to the national grid.

“Transmission line access was determined on a first-come-first-serve basis, favouring the utilities’ large-scale power plants, including nuclear and coal,” Inside Climate explains. Unlike many European countries, which give weight to low-cost or renewable energy sources, Japan’s grid allocation is based on an electricity provider’s “maximum potential output, rather than how much they historically used.” Great news for nuclear and fossil fuels, not so great for solar and wind.

After Fukushima, things could have changed, ICN notes. “One clear path for overcoming the grid constraints would have been to open up some or all of what was reserved for nuclear, as the entire fleet of 54 reactors eventually went offline after the accident.” Even today, only nine reactors have restarted, “partly as a result of public opinion flipping from a majority in favour of the atom to a majority against it.”

But still the utilities defended their bottom lines, arguing that “reducing output would indicate that nuclear plants and fuel worth billions of dollars had become ‘stranded assets’ and that electric companies would have to write down their value.”

And then there were the investors, raising questions about “whether plant operators had enough financialreserves set aside for the costly and decades-long process of decommissioning reactors.”

Faced with such an uphill road, the government chose inaction, failing to pursue a green economy with any degree of zeal.

But now, times have changed. Inside Climate notes that Japan’s new prime minister, Yoshihide Suga, vowed in October to get his country to net-zero by 2050.

Whether that pledge is serious “will become clear in June, when the government formally announces its long-term energy plan through 2030, as the electricity sector accounts for some40% of the nation’s carbon emissions.”

Speaking with Inside Climate, Tokyo-based leasing giant Orix Corporation, “which supplies about a 1 GW of power as the nation’s largest solar generator with another 2.3 GW of renewables overseas,” called Suga’s declaration a harbinger of good things to come for green energy.

“The most important thing…is that the government says that it is going to introduce renewables to the max,” said Orix public relations manager Yuichi Kori. “So carbon-neutral policies suddenly have started moving.”

What Kori finds particularly promising is the possibility that renewables could connect to the grid using space not taken up by existing power plants. “Now, the question is how aggressive the target for renewable energy will be,” he added.

Going by Japan’s industry and economy ministry, though, the answer might be “not much.” Inside Climate reports that the ministry declared in December that “the 2050 target for renewables in the nation’s electricity portfolio ought to be between 50% and 60%—and no more,” with the remainder coming from “fossil fuels, including ultra-high efficiency coal, with carbon capture, usage and storage (CCUS), nuclear, green hydrogen, and ammonia, which would be mixed with fossil fuels like coal or burned by itself.”