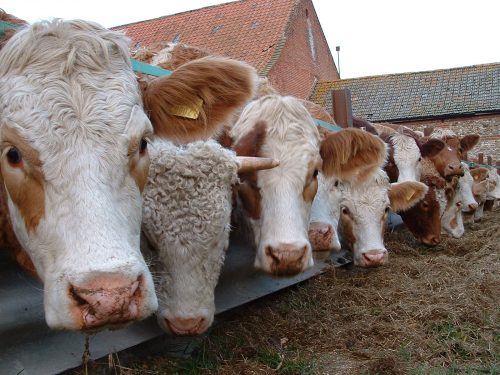 Wondering what makes a steak tartare anything other than raw meat? If you’re looking for the answer in Epicurious, you’ll have to stick to the back issues—because the beloved foodie publication has formally declared that beef is no longer on its menu.

Perhaps anticipating pushback from the brisket crowd, senior editor Maggie Hoffman and former digital director David Tamarkin lay out the stark facts of the case: “Almost 15% of greenhouse gas emissions globally come from livestock (and everything involved in raising it); 61% of those emissions can be traced back to beef.”

For that reason, they add, Epicurious is “leaving beef behind.” In fact, the publication has gone cold turkey: “Beef won’t appear in new Epicurious recipes, articles, or newsletters. It will not show up on our homepage. It will be absent from our Instagram feed.”

For beef lovers about to raise an outcry, the truth is that Epicurious had already “pulled the plug” on beef more than a year ago—and no one seemed to miss it. Readers have apparently responded very well to the uptick in vegetarian recipes, some of them featuring “alt-meat from brands like Lightlife,” others recommending that barbecuers toss a slab of cauliflower on the grill in lieu of a steak.

“The traffic and engagement numbers on these stories don’t lie: when given an alternative to beef, American cooks get hungry,” declares the country’s online temple for the epi-curious.

Not that Hoffman and Tamarkin hate hamburgers (“we don’t!” they chorus). It’s all a matter of what is sustainable, and beef just isn’t.

“We think of this decision as not anti-beef but rather pro-planet,” they write.

The authors acknowledge that, “when it comes to the planet, eschewing beef is not a silver bullet.” Almost any animals raised for food “have significant environmental costs,” including sheep, goats, chicken, and seafood—and there are also problems “with almost every other ingredient,” including plant crops like soy.

“In a food system so broken, almost no choice is perfect,” they write.

As for why Epicurious chose to publicly affirm a direction already well entrenched in its test kitchens, the authors say the decision is very much in the public interest: “While beef consumption in the U.S. is significantly down from where it was 30 years ago, it has been slowly creeping up in the past few years.” That shift, they say, means “the conversation about sustainable cooking clearly needs to be louder.”

So, getting loud about its months-old no-beef policy “is our contribution to that conversation,” Hoffman and Tamarkin write. Now, they say, Epicurious readers must do their part by making their own small, day-to-day choices.

“Every time you abstain from beef at the grocery store or a restaurant, you send a signal—to the grocery store, yes, but also, and perhaps more influentially, to whomever you talk to about your decision.”

Because we all need to talk about what we’re eating, and listen to others, and act in the best interests of the planet, they conclude—lest we “end up with no planet at all.”