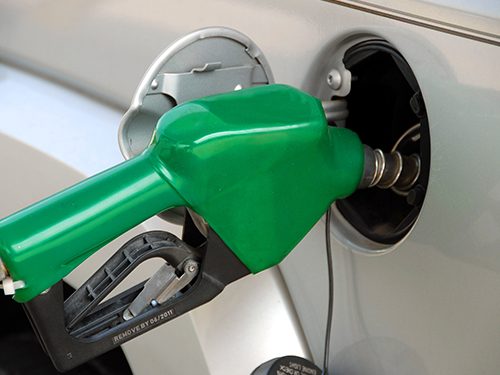 After too many esoteric, technical debates over far too many years, Bloomberg Green columnist Gernot Wagner says the evidence is (finally) in on carbon taxes: they do play a role in cutting greenhouse gas emissions, and they don’t harm job creation or slow economic growth.

“It’s easy to poke fun at some economists’ apparent obsession with carbon taxes as the sole climate policy tool,” Wagner writes, in an opinion piece republished in Canada by The Financial Post. “Some appear to revel in making the case that we should tax carbon and only tax carbon,” when “it’s clear that carbon taxes alone aren’t enough” to get the climate crisis under control.

“But among all of these arguments, it would be too easy to overlook a simple fact,” he adds. “Carbon taxes, done right, work. They cut CO2 emissions. More surprising still, they might even boost the economy at the same time.”

Wagner points to the experience in Europe, not even with the EU Emissions Trading System (ETS) that has created the world’s biggest carbon market, but with national policies that focus outside the electric power sector, where some of the least expensive emission reduction opportunities can be found. Those policies range wildly—from Poland, with a charge of US$0.25 per tonne covering 4% of carbon dioxide emissions, to Sweden at $125 per tonne covering 40%, to Norway at about $50 per tonne and extending across 62% of emissions.

“The wide range in levels and coverage is any environmentalist’s nightmare, pointing to the inadequacy of overall climate policy,” Wagner says. But that same variability “is an economists’ dream, allowing them to estimate the impact of carbon taxes.” The conclusion, Tufts University economist Gib Metcalf and Harvard economist Jim Stock found, is that a $40-per-tonne carbon tax spanning 30% of emissions drives down cumulative carbon pollution by 4 to 6%.

“Higher taxes, like those in Sweden, have larger impacts, lowering emissions by almost 11%,” Wagner writes. “Smaller taxes, like Poland’s, have almost zero impact.”

A second study by researchers at Oxford, Cambridge, and Victoria Universities drew a similar conclusion.

“Carbon taxes lower emissions. That much is clear,” Wagner writes. “It is also evident that even the reductions in countries with ambitious taxes are not nearly ‘enough’ in any sense of the term, pointing either to the need for significantly higher carbon prices still or to complementary policies that go well beyond carbon pricing itself.”

But the Bloomberg columnist says another conclusion from Metcalf and Stock’s study is at least as important. “Carbon taxes, even without any complementary measures like refunding tax revenues by lowering other taxes, do not lower either jobs numbers or GDP growth,” he writes. “If anything, they have a modest positive impact on both.” That on-the-ground reality runs counter to conventional wisdom that “says that there must be costs. Tradeoffs, after all, are as ingrained in economic thinking as the logic that carbon taxes imply lower carbon emissions. Not so.”

There’s nothing in the research to suggest that carbon taxes are the single, silver bullet that can solve the climate crisis unassisted [nor, thankfully, any suggestion that it’s time to reopen that debate—Ed.]. “They don’t, can’t, and shouldn’t,” Wagner concludes. “It is equally clear, though, that supposed economic costs are no excuse not to include them as part of comprehensive climate policy.”