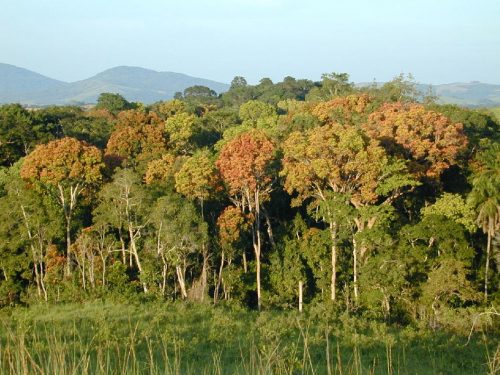 Humanity is at a “make-or-break moment” to protect the forests we all depend on, United Nations leaders are warning.

“Forests are at the core of the solutions that can help us make peace with nature,” said UN Deputy Secretary-General Amina Mohammed told the UN’s Forum on Forests, which was streamed virtually from New York on April 26.

Mohammed warned that forests are critical guardians of biodiversity and fresh water sources, and that failing to protect them—and their vast stores of carbon—will make the climate crisis much more difficult to fight.

Liu Zhenmin, head of the UN’s Department of Economic and Social Affairs, pointed to new research “linking successful forest restoration with rolling back biodiversity loss and species extinction,” a UN release states. He added that Indigenous knowledge and practices will be “paramount” to ensure the world’s forests are protected and restored.

Zhenmin also underscored the direct connection between investing in forests and environmental justice, noting that only by protecting the livelihoods of forest-dependent communities can countries “realize our shared vision for a more just, equitable, and sustainable world.”

Noting that the COVID-19 pandemic was caused by a zoonotic virus that breached the barrier between the wild and human worlds, UN General Assembly President Volkan Bozkir said the relationship between humans and the forests is in dire need of repair. “As a society, we tend to focus on the symptoms and not the underlying conditions,” he said. “And we have ignored the Earth’s messages for far too long.”

Bozkir said a high-level dialogue on the pandemic recovery scheduled for May 20 will encompass “a strong push around the need to use this momentous recovery effort to create jobs and shovel-ready projects that support land restoration, regenerative agriculture, renewable energy, and energy efficiency, as well as investments in sustainable land management.”

During the forum, the UN launched its 2021 Global Forest Goals Report, “which evaluates where the world stands in implementing the UN Strategic Plan for Forests 2030,” the release states. While efforts at afforestation and restoration are increasing the global forest area, the UN says those advances are threatened by sudden surges in primary tropical forest deforestation.

“Before the pandemic, many countries were working hard to reverse native forest loss and increase protected areas designated for biodiversity conservation,” writes UN Secretary-General António Guterres in the report. But now, he says, those gains are at risk, “with worrying trends of increased deforestation of primary tropical forests.”

Overcoming those challenges will take adequate financing, Mohammed said—including “alleviating debt burdens for those states which are expected to do more for woodland protection and sustainable agriculture overall.”