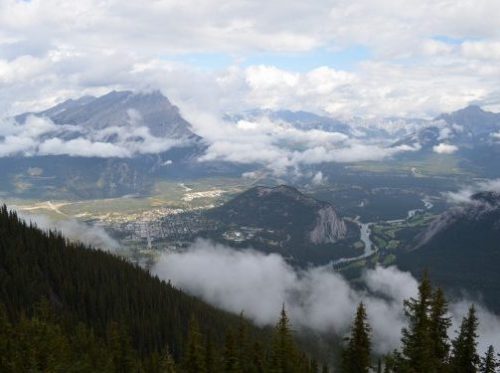 The Alberta government bowed to public pressure late last week and paused coal exploration in the most sensitive areas of the Rocky Mountains while it continues to gather public feedback about mines.

“In response to concerns from Albertans, all coal exploration projects on Category 2 lands will be halted immediately,” Energy Minister Sonya Savage said at a news conference Friday.

Although the government stopped selling new leases earlier this year, drilling and road-building on existing leases had been expected to continue, The Canadian Press reports.

Savage also said a panel struck to gather public input into the United Conservative government’s plan to dramatically expand the industry will be able to hear concerns about effects on land and water. Previously, local landowners had complained the panel’s terms of reference would allow participants to discuss “everything but what we want to talk about”.

“Of course, Albertans can talk about their concerns on the impact of coal on water and the environment and tourism. We want to hear those concerns.”

Last Thursday, CP reported the province hadn’t considered the impacts on tourism when it quietly revoked a 44-year-old policy that had protected the eastern slopes and summits of the Rocky Mountains from coal mines. “There was no analysis around the implications of the coal policy on the 10-year tourism strategy,” Kate White, deputy minister of jobs, economy and innovation, told a legislature committee in response to a question from NDP environment critic Marlin Schmidt.

The panel’s terms of reference suggested those concerns were off the table because they were not under the control of the Energy Department. Savage said Friday she has enough jurisdiction over environmental concerns to include land and water in the consultations.

Savage emphasized the consultation will still focus on coal, not on developing an overall land use plan for the area, a beloved landscape and the source of much of the province’s fresh water.

Last Friday’s announcement was made on the panel’s recommendation after it looked at the preliminary results of an online survey on open-pit coal mining. Although the results were not released, the survey’s 25,000 respondents had serious concerns about the government’s plan.

“The majority of our (survey) respondents feel there are areas of the province that are not appropriate for coal development,” said Ron Wallace, who leads the panel.

Wallace promised his group would report fully on what it hears. Savage said the government will make public the complete report, due in mid-November.

Brad Johnston, chief development officer of the Cabin Ridge project, said it had planned to spend about C$12 million this year on preliminary work, which would have supported up to 90 jobs.

“We are disappointed we can’t proceed…but will observe the minister’s decision,” he told CP in an email. “We will continue to engage with Indigenous groups, communities, and stakeholders and will be conducting important, non-invasive baseline work such as environmental and reclamation studies.”

Katie Morrison of the Canadian Parks and Wilderness Society said the moratorium on exploration work should extend to all land in Alberta’s summits and foothills.

“Those lands are also part of this consultation and they also contain really important headwaters, landscapes, habitat for species at risk, and recreation and tourism benefits,” she said.

“It’s a really big step to stop exploration on Category 2 lands, but I would like to see that extended to all lands within the eastern slopes.”

Schmidt told CP he’s worried the government remains focused on a coal development policy before it has written an overall land use plan. “That’s exactly backwards,” he said, adding that Savage should formally change the panel’s terms of reference.

“If she’s sincere about hearing Albertans’ concerns with respect to land use and water, then put it in writing.”

David Luff is a former Alberta Environment bureaucrat who helped write the coal policy that protected the Rockies from coal development for more than 40 years. He said Savage has shown leadership.

“She’s the only minister that admitted the government made a mistake when it rescinded the policy. The entire government should be (apologizing). The premier should be. The minister of environment and parks should be.”

Savage revoked the policy last May, but reinstated it earlier this year.

Luff said Friday’s announcement showed the panel is independent and working as it should.

“It made a recommendation to the government that the government, until today, was not prepared to move on. And the minister recognized it was in the public interest to do so.”

The survey and panel were announced by the government after it faced intense resistance to its plan to open up land along the province’s summits and foothills for coal mining. Tens of thousands of hectares along the province’s mountainous western spine have been leased for coal exploration. Tens of thousands of Albertans signed petitions and wrote letters of protest.