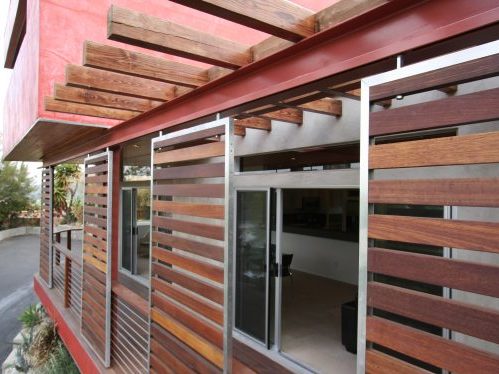 While last week’s federal budget cemented a significant increase in government support for energy efficiency, the “nitty-gritty details of implementation” have yet to be filled in and more funding will be needed to deliver the scale of building retrofit activity the country needs, Efficiency Canada Policy Director Brendan Haley argues in a follow-up analysis.

“As we focus on implementation details, we also need to recognize that reaching net-zero emissions will require public and private investments in the hundreds of billions,” Haley writes on the Efficiency Canada blog. “We need a never-before-seen acceleration of energy efficiency performance and ensuring high-performance becomes the norm at every opportunity.”

And “now that the federal government has introduced some of the standard policy tools—such as grants, loans, and training—we need to turn our minds quickly to transform how we deliver large-scale building retrofits and other efficiency programs,” he adds. “This will need to bring more of an innovation policy lens to areas such as building retrofits: considering how to reshape markets, create new professional designations, and introduce new business models.”

Haley runs through the energy efficiency gains in the budget tabled last Monday by Finance Minister Chrystia Freeland: C$4.4 billion in building retrofits over the next five years, and $40,000 interest-free loans for homeowners and landowners, on top of $5,000 homeowner tax credits the government had previously announced. The program includes a dedicated funding stream for low-income households, and the budget also lays out $2.4 billion for work force development, $2.5 billion to build new affordable housing that exceeds building code requirements for energy efficiency, and a $5-billion green bond issue.

And Haley leads off his post by acknowledging the centrepiece of Freeland’s plan: “The signature item is national child care, a policy that should enable more women, who shoulder the majority of child care burdens in Canada, to enter or re-enter the energy efficiency work force.” Last May, Efficiency Canada drew attention to the small proportion of energy efficiency jobs held by women and argued that energy efficiency skills training could help combat women’s job losses in the COVID-19 “she-cession”.

But with those funding commitments in place, Haley says the next step is to get the details right. Launching the retrofits quickly—by summer 2021, the budget says—raises flags about the time available to design the program and consult with partners, particularly after the problems the UK ran into when it tried to fast-track its own building retrofit program.

While the budget promised “a dedicated stream of funding to support low-income homeowners and rental properties serving low-income renters, including cooperatives and not-for-profit owned housing,” Haley adds, the understanding so far is that the funds will still be made available as loans. That approach would create severe barriers for households in greatest need of retrofits, in contrast to programs in Canadian provinces and territories and the United States that get upgrades done at no cost to participants.

A loan program “is likely to remain inaccessible to a large number of low-income Canadians who are unwilling or unable to take on debt (even at zero interest),” Haley warns. “Zero-interest financing could play a role in supporting multi-unit residential retrofits, coupled with affordable housing strategies. Some moderate-income Canadians might find value in the loan. But a loan-based low-income program is likely to create a significant gap for those most in need and most vulnerable to energy price increases.”

The approach also falls short of the federal climate plan, which directs the government to “continue working with and building on successful provincial and territorial low-income retrofit programs, to increase the number of low-income households that benefit from energy retrofits,” he notes.

Haley also suggests some important complements to the government’s investment in skills, training and trades. Some of the key energy efficiency jobs, like residential building performance specialists and certified heat pump installers, will need new professional designations, he says. And the government’s work force development plan “can be complemented with energy efficiency-specific occupation roadmaps, and ensuring all programs to create market demand are closely linked with training and work force strategies.”